There are three ways for someone to get an article you’ve posted in their feed. First, they’re a fan and they see it when you post the article. Second, a friend saw your article and “liked” it; Third, a fan “shared” your article via Facebook after you posted it.

In every single one of these scenarios, the user sees a version of the same thing: an image, a title, and a description. Maybe even a comment that you added to your entry. Here are a few ways to make those four elements more click-worthy and traffic-producing.

1. Pulling a quote from your article

Adding a description/comment to links that you post on Facebook has been said to be given preferential treatment in the news feed, so it’s recommended that you write a little snippet for this anyway.

Additionally, it’s all about how you write the snippet. The New York Times often pulls quotes from articles in order to draw in readers, and it seems to be working. Mashable has been known to do this too. Not only does it give fans an extra reason to comment or add an opinion, but it also gives them another angle to make them think about sharing the article too. 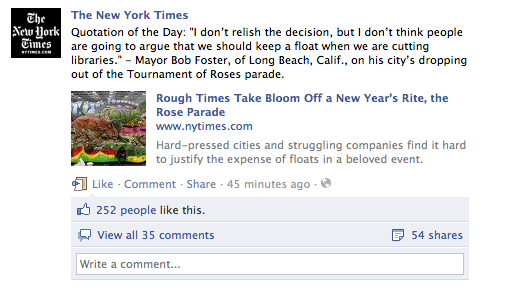 2. Asking a question related to your article

Colonel Tribune, the Chicago Tribune’s alias and People often ask questions that probe readers to comment on articles. You might be able to do the same in the posts that you make, asking for an opinion on the topic you’re writing about—because everyone has an opinion. 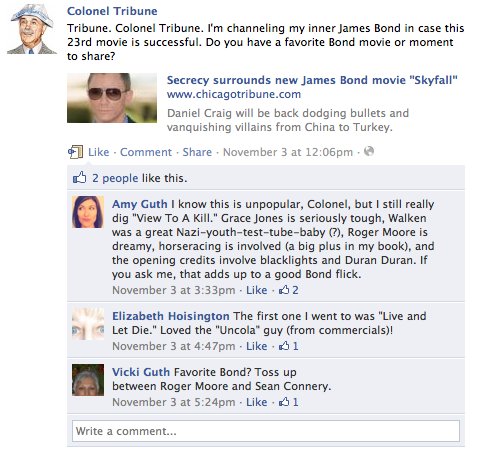 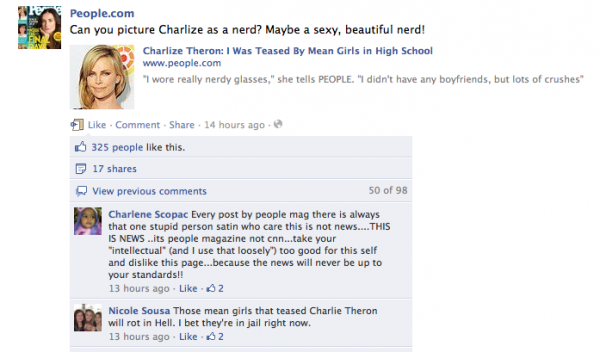 3. Linking to others in your posts

One quick way to get extra eyes on a post is to tag the businesses that you mention inside of your post. If you’re a consumer magazine, you might mention a brand that you featured in the article. In this example from Mequoda, I’ve included tags to all of the fine folks who offered up tips in this article. Now, this post shows up on the walls of everyone I’ve tagged.

AdBusters Magazine often post blog posts that consist only of pictures, which means that if they shared their post on Facebook, the description field would be pretty empty and boring. The user would only have the title, photo and whatever comment the publisher added to rely on. Instead, they doctor up their own new description to Facebook posts that tease the user. Don’t know how? Just click on the description field when you’re posting the article and the whole area will become editable.

Even if your posts already have teaser descriptions pulled in, there’s nobody saying that you can’t optimize them to be even more click-worthy. 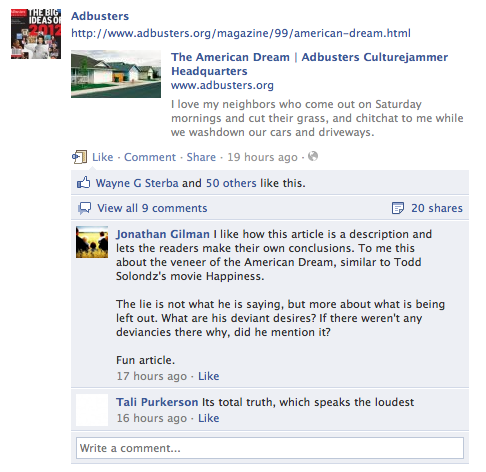 Who says that the title of your Facebook post needs to be the same as your article title? Think of this title the same way you would an email subject line – it needs to be opened. If the title of the article isn’t intriguing enough, jazz it up. Mashable is known for adding eye-grabbing brackets like [VIDEO] or [PHOTOS] to their titles, but there’s no reason that you can’t do the same to yours. In order to edit a title in Facebook, simply post the link you want, and when the preview pops up, just click on the title and it will become editable. 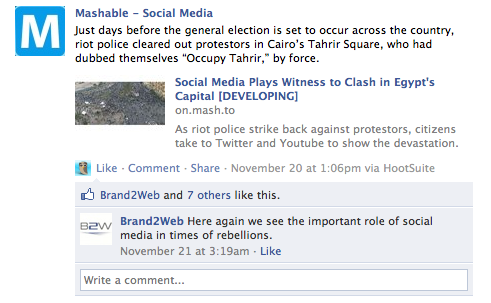 There are, of course, many more niche strategies for each of the above items, but I’d love for you to offer your own feedback in the comments below, and the strategies that you’ve used.

thanks for the feedback Amanda!

Hi Dawn, I don’t use tweetbig, but I did check out the site. I don’t know of any similar tools for Facebook that I’d recommend. Most third-party apps for Facebook don’t quite work right, usually dropping the image or pulling in odd meta data.

Amanda—
Are you aware of a tool similar to tweetbig for facebook?

It’s true! Everyone has an opinion but it’s almost like many people require “permission” to give it.

Great tips as always, Amanda! I often like to ask a question with a FB post. People truly do want to share their thoughts but need that nudge.
http://www.facebook.com/dreamofitaly