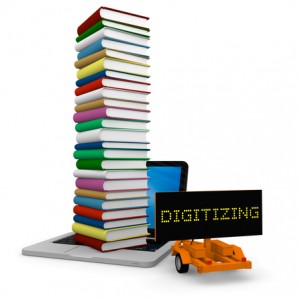 Do you know why subscribers choose print over digital, and vice versa? A landing page a/b test can only tell you the details about copy that converts, but it doesn’t tell you the complete mindset of your customers.

In an effort to get “the word on the street”, we put a line out to anyone willing to share their decision-making process behind their print and digital decisions. What we found is that it’s mostly a matter of preference, but also has a lot to do with the price and the type of content you publish.

What I found particularly surprising is that nobody who responded actually read the blogs of the magazines they subscribe to. Maybe they don’t need to? They also use Facebook (instead of a news reader) to keep headlines in front of them and stay connected.

Moving on, these are the thoughts of your loyal subscribers about the print to digital war.

“Magazines [on Zinio and Kindle Fire] are cheaper and easier to read in digital format.”

David W. Quinn, a freelance writer from Rolling Meadows, IL, prefers the space-saving benefits of digital, saying “digital magazines are absolutely fantastic. You can save them easily, mark stories to read later, and do it all without cluttering up your home.” Quinn prefers the transportability of them too: “I can carry a digital magazine with me anywhere on my e-reader. I can visit links and check articles out faster.” He says that he uses Zinio and his Kindle Fire to digest all of his digital magazine subscriptions.

“If there’s a premium for digital, I will typically shy away from it.”

Joe Vivona, an IT professional in Marrietta, GA, says it comes down to price. He asked, “What is the cost differential between digital and print? Some publishers charge the same amount, some actually charge more for their digital editions because you have access to their archives” (which Vivona says he never uses). “If there’s a premium for digital, I will typically shy away from it.”

When I asked him if he reads the same blogs online as the magazines he subscribes to, he said no, with a few exceptions. Instead, he chooses to follow those other publications on social media to stay updated. 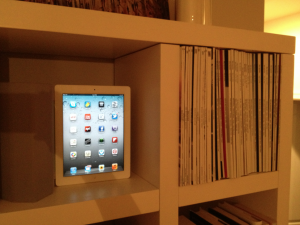 “I can consume news & business titles on my iPad, but my fashion magazines must come to me in print.”

Rebecca Bredholt from Silver Spring, MD, says that fashion and art magazines “are like walking through a museum where I stop and absorb what’s in front of me. I just can’t do that with an electronic version.” She notes that more text-heavy publications and those centered around photojournalism work better for her on mobile devices.

Ownership is Bredholt’s key to print vs. digital decisions. She says, “What convinces me to buy print magazines is knowing that the product will be all mine, to have and to hold, to curl up on my couch and shut the rest of the world out with. I love curling up on my couch with a magazine because I’m not even tempted to leave the page and check my email, or see a pop up text message to divert me from my mental escape to the museum of fashion!”

Dan Nainan, a comedian from Los Angeles, says he has “two specific reasons for subscribing to paper editions of the magazines.” First, he says, “it is too easy to get distracted when reading on my computer or my iPad, because of the availability of the Internet. Paper magazines give me the ability to focus.” His second reason involves travel, saying that “until we reach 10,000 feet, I want to be able to continue reading.” Finally, he jokes that “paper boots instantly”.

“Fashion posts far outnumber the friend posts in my newsfeed.”

Although a print-only subscriber, Stacey Appel, a fashion stylist in Philadelphia, says, “I actually use Facebook as an aggregate for all of my favorite online fashion sites.” Still though, her subscriptions remain on paper, saying that she likes to read them on the couch with a cup of coffee. She’s a collector too: “I also seek out hard-to-find international magazines and have a favorite newsstand that I frequent. I often shell out $10-15 for a single issue but I also don’t get rid of them.”

“[Flipboard] has actually replaced a lot of my magazine reading.”

Faran Thomason, an app developer from Los Angeles, says he’s owned an e-reader since the original Sony e-reader came out, but complained that “it was poor at displaying magazines.” Thomason now owns an iPad and enjoys the magazine experience there, although he’s beginning to turn to apps like Flipboard for the “magazine experience”, saying it has actually “replaced a lot of my magazine reading.”

Thomason also thinks that publishers could be doing a better job at promoting their digital editions. “Discovery for the digital version of  magazines is poor,” says Thomason. “Some magazines are apps and others are on the newstand, so it is difficult for people to find what they are looking for.”

“Having an actual magazine in my hands allows me to concentrate on each page and tear it out.”

Kathleen Lisson from Troy, New York says she subscribes to print magazines like Vogue that are cut-out worthy. “I prefer the print magazine to the digital because having an actual magazine in my hands allows me to concentrate on each page and tear it out to add to my collection of inspirational images if I see something I would like to replicate in my own wardrobe.” When I asked whether she reads the Vogue website too, she told me she doesn’t, saying “I find it too cluttered with stories, each begging for attention.”

The take-aways here are obvious:

As the world moves toward digital, it’s clear that many still prefer the printed page, especially when the read is consumed as a hobby. Even as publishing professionals you have your own preferences, so please share them in the comments so that we can all look from every perspective.

I love The Economist digital edition’s audio tracks… the British narrators really make the articles come alive… admittedly, as a vision impaired guy, I also love the ability to boost the type size and zoom in on charts and graphs.