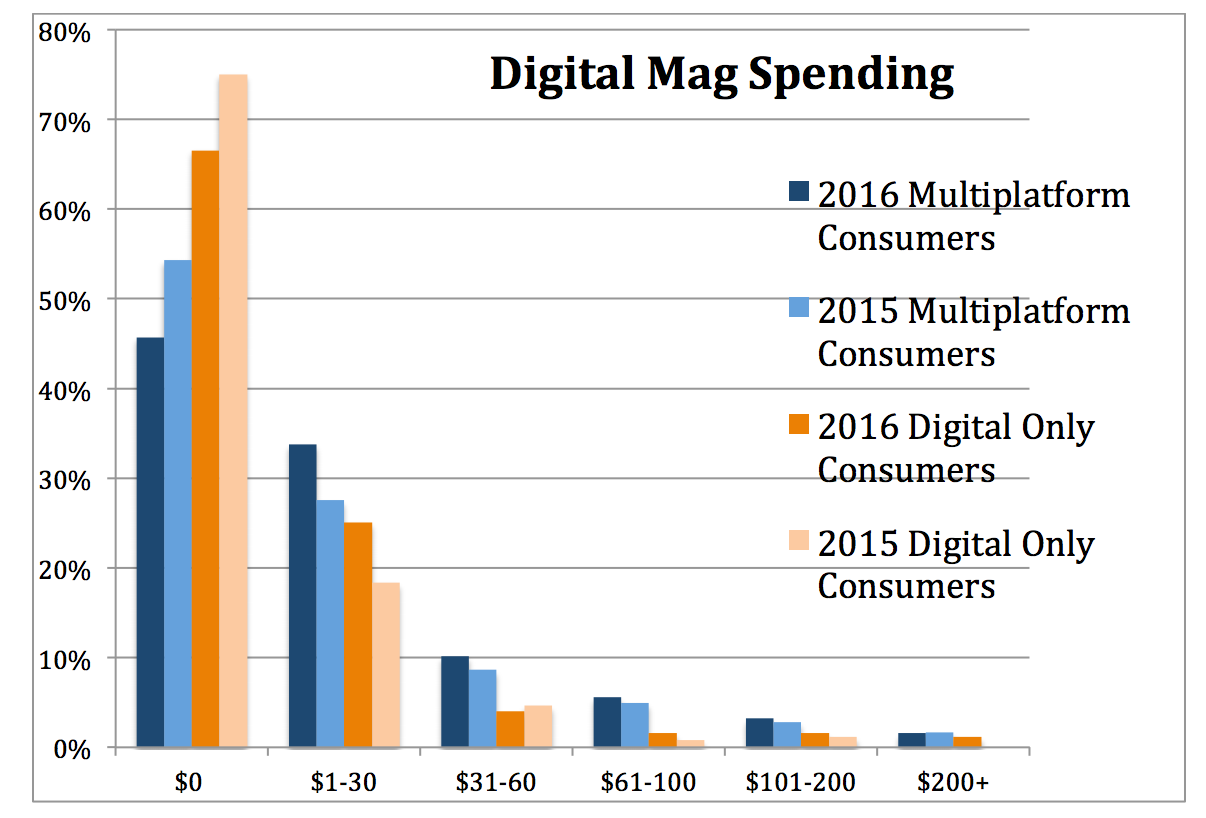 In our annual American Magazine Reader Study & Handbook survey, we set out to understand how the demographics of a multiplatform consumer (one who reported consuming both print and digital magazines) differed from digital only readers and print only readers.

We learned that multiplatform consumers increased from 60M in 2015 to 79.3M in 2016, a 32% increase in people who read magazine issues across multiple devices and print. 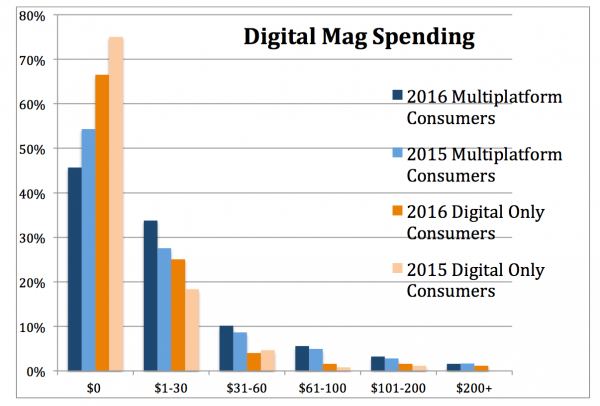 What we’ve learned not only from this study, but also from experience working with clients in many niches, is that consumers of every age group will convert to digital readers and become multiplatform consumers as long as they’re given a reason.

And it doesn’t need to be your magazine that gives them the reason. All it takes is one magazine to break them into digital, and as soon as they find that one that they prefer getting digitally, they start to change their consumption habits. Think about the days when you used to buy all your music on CDs and then you started shifting to buying music on iTunes. We all thought that consumers needed to feel like they had ownership of a physical product, but it turns out—and maybe it’s because we’re in the middle of an extended economic recovery—that consumers don’t need to hold on to things anymore. They know digital products are impermanent and can be lost, deleted, or a glitch can occur in your iCloud where you lose your whole library, but they still consume digitally.

That same transformation will occur in print as well. Maybe not entirely, because as you know, people still buy CDs and DVDs, but there will become a population of consumers where more will prefer digital subscriptions to print subscriptions. As of right now, according to our study, 59.28% prefer their digital edition (web, Apple, Google, or Amazon Kindle) to their print edition. That includes all age groups over 18, but it’s interesting to know that consumers over 65 had a 41% preference for digital. That’s an impressive number for people we affectionately call “retreads” (those who didn’t grow up with tech and adapted later in life).

We see that as a sigh of relief after a slow start. Given the amount of bad digital replicas publishers rolled out at first, it’s no wonder the adoption was slow. I mean, not that slow, but slower than we predicted.

And digital spending is up, too. There was a 52.7% increase in digital magazine spending year over year.

What are your thoughts? How can the industry shift consumer habits to adopt digital even more rapidly?