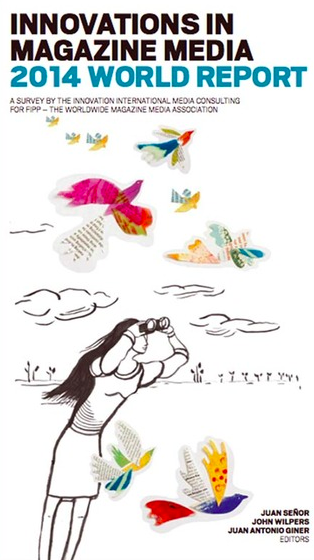 Publishers are literally sowing the seeds of innovation, according to the Worldwide Magazine Media Association.

As an example of magazines getting creative to gain popularity in the ever-shifting industry landscape, the WMMA cited Belgian magazine Humo‘s inclusion of seeds in the pages of a 2013 issue. Humo encouraged readers to bury the pages, and those who did were rewarded with flowers eight weeks later.

Are readers more likely to show loyalty for a magazine that offers such a novel way to recycle … itself? What about for a magazine that can act as a wi-fi hotspot? Because that’s exactly what Forbes did with an assist from Microsoft in an issue last year.

“Most of the major magazine groups and many of the smaller companies are creating all sorts of videos, from scripted, high-production-value, continuing series to low-budget, one-time, stand-alone videos,” the report states. “From Condé Nast and Hearst to Meredith, Scripps, Time Inc., The Atlantic Group, Future and newcomer Vice Media, the industry leaders are producing countless amounts of video every day.”

To read more about the WMMA’s report, visit The Huffington Post.