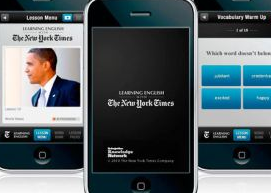 Digiday reports that publishers are increasingly going with an “a la carte” digital approach as opposed to the more traditional “all you can eat” one.

The Economist, for instance, has succeeded with “less expensive and intimidating” apps like its Traveller Briefings, Intelligent Life, single-topic Anthology Series, and Economist Radio: In Other Words.

“You’re going to get people who want to buy small bits and bites and others who want the bundle,” Economist CMO Susan Clark told Digiday. “If you can get people to come in, especially at a lower price point, and get them to get a feel for the brand, over time, one would hope we could trade them up. Every one of these apps broadens the market.”

The New York Times, meanwhile, plans mobile apps for food and opinion, while Yahoo! will launch its own versions of single-topic digital magazines.

Lucia Moses writes that the reversing trend is due to uneven ad revenues and changing reader tastes.