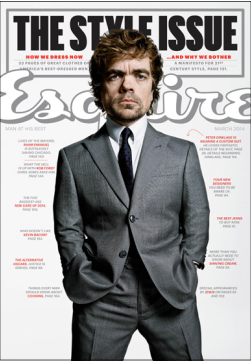 Esquire, just as it preaches when it comes to style, keeps it simple in its multiplatform approach.

In a sponsored content post on Digiday, the magazine says that advertising pays for its ambitious online editorial.

“They’re sort of one in the same,” says Esquire‘s Jack Essig referring to the magazine’s editorial and sponsored content. “We work very closely with the editors about what content they would be willing to have sponsored and how they would have it sponsored. That’s the way we can get more of it out there.”

In addition, Digiday reports that Esquire is willing to pay for its own quality content, citing a recent road trip that fed its various social streams.

Mobile is a focus for the men’s magazine, and a key platform for that content, as well as representing an opportunity to collaborate with advertisers. A multimedia effort that fit phone, tablet, and desktop for Oakley demonstrated this, as did a cool feature with actor Peter Dinklage.