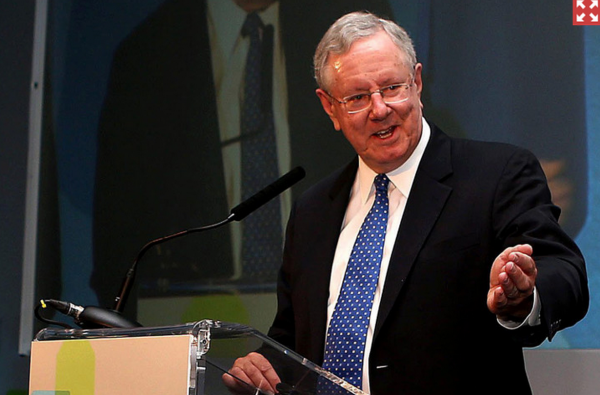 Any good story is due a hashtag and we’re calling it: #ForbesLife. What it must be like to be a Forbes right now!

Steve Forbes still hasn’t told us who the winning bidder is, but “insiders” say that Forbes is adamant about staying around with a stake in the company, even if the rest of the Forbes clan does not.

According to Keith J. Kelly on NYPost, “Steve, three brothers, Timothy, Robert and Christopher, and a sister, Moira, gained control of the company when their father, Malcolm Forbes, died in 1990,” but Steve became the major stockholder, which is why they’re also speculating that ” if Steve is going into the new deal alone, as it appears, it means he’d have to come to terms with his four siblings — and their extended families, now believed to number about 50 — over how to buy them out of their stakes.”

“When CEO Mike Perlis first broke the news that the company was going on the block in November, he urged employees to have patience and told them not to expect anything before mid-to-late February. While it was never a hard-and-fast deadline, it is now a month past that date, and the inevitable speculation over whether negotiations have hit a snag has begun to bubble up,” says Kelly.