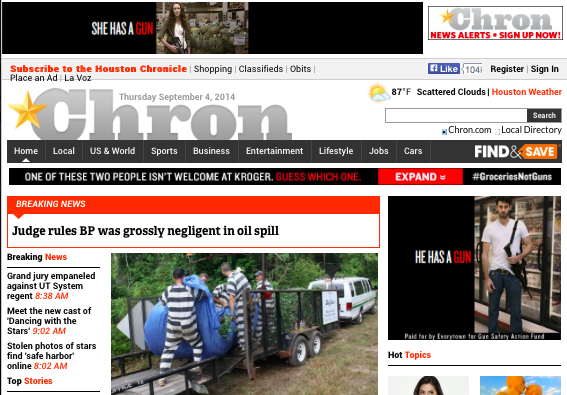 The Houston Chronicle from Hearst Newspapers has reached one billion page views quicker than ever before, reports News & Tech.

Chron.com, covering Houston’s local news, nightlife, sports, real estate, energy and medical industries, isn’t new to reaching one billion page views. It did so in December of 2012 and November 2013. But now, the publication has reached this impressive number in August — months earlier than ever before.

There are a few likely reasons for this growth, including a shift away from print as more people turn to the Internet for their local news. Additionally, a website redesign for Chron.com may have helped, too. This act was undertaken last year, with the hopes to “improve the consumer interface with faster access to breaking news in diverse formats, including video, more photos and quicker story reads.”