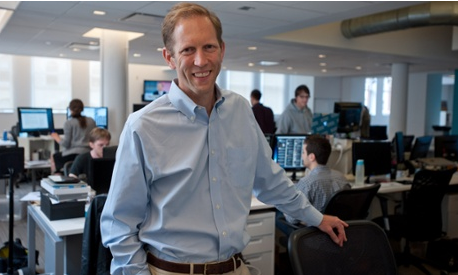 The digital success of Business Insider is due largely to the bold vision of its co-founder and editor, The Guardian reports in a profile of Henry Blodget.

Business Insider‘s content is controversial in that it garners a ton of traffic – 26 million visitors in May alone, according to comScore – while in the eyes of some publishers “dumbing down” journalism with big headlines, slide shows, and aggregated drivel.

But Blodget, who says “everything is evolving” in the world of digital journalism during this “golden age,” believes that “Any time a new medium comes along, the existing media look at it and say: ‘Well it’s kinda like what we do and we can do something similar.’ TV is a perfect example of that. At first someone would read a newspaper or act out the radio interview. Then they realized pictures were incredibly powerful. Now 70 years later TV journalism is entirely different to print journalism.”

Blodget is bullish on ad-supported content, Dominic Rush writes in this profile.