It had been awhile since Google played around with its search algorithms, so we all knew we were due for a change. Sure enough, this summer the search engine giant launched what we believe to be “Phase 1” of a major algorithm modification. This manifested itself as an alteration of the Google Keyword Planner (GKP) that we use to determine how many searches there are for a given keyword phrase.

The GKP has begun bundling similar phrases together. Until now, if you asked the tool to give you search data for a singular noun, you would also get separate results for the plural. At the same time, in searching on Google itself, we determined via our data and testing that if you searched for a single noun, such as goose, you would get combined search results that also included pages focused on the plural word geese.

SEO writers everywhere had dropped to their knees in prayerful thanks when they discovered it was no longer necessary to write awkwardly around a singular noun when a plural would have been more appropriate.

Now, however, the situation has been reversed. The GKP no longer delivers separate data for plurals and singulars, or even related phrases such as SEO and search engine optimization. Instead, we noticed the tool bundles together the data for these phrases, so that what was once, say, 100 searches per month is now 200 searches per month – because the tool now delivers search numbers for two related phrases added together.

This means that overall search volumes for a publisher’s keyword universe got a lot bigger. Upon analysis, our Gold Member sites saw a search volume increase of 99% on average. The lowest increase was 36% and the highest was 177%.

As a result, this also means that the keyword competitive index, or KCI, which is calculated by dividing the annual searches by the number of existing pages on the Internet that use that phrase, will also change. By doubling the numerator in the equation – the annual search number – without changing the denominator – the existing pages using that phrase – you double your result, the KCI.

So for the moment, we’re raising the bar on desirable KCI numbers. Our former standard was to choose a target keyword phrase with a KCI of 0.5 or higher. At the moment we’re changing that to 1.0 for the best keyword phrases whenever possible.

So Google began by bundling phrases together under a single phrase it has chosen to use in the GKP. We don’t know how other people are describing this phenomenon, but we’ve decided for now to refer to a phrase that Google has chosen to deliver as the “dominant” phrase, and any related phrases that have disappeared into the results for the dominant phrase as the “non-dominant” phrase. 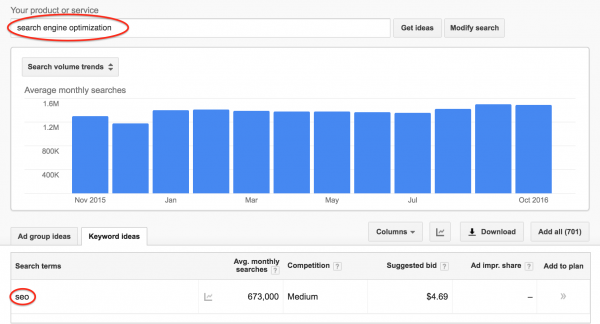 This means online writers will no longer have the luxury of choosing between similar phrases, or singular and plural. As thrilled as writers were when Google grew smart enough to understand the relationship between chicken and chickens, the new, smarter-than-ever Google understands intent: It believes someone searching on the keyword chicken is looking for a recipe, and a person searching on chickens is looking for information on raising chickens. 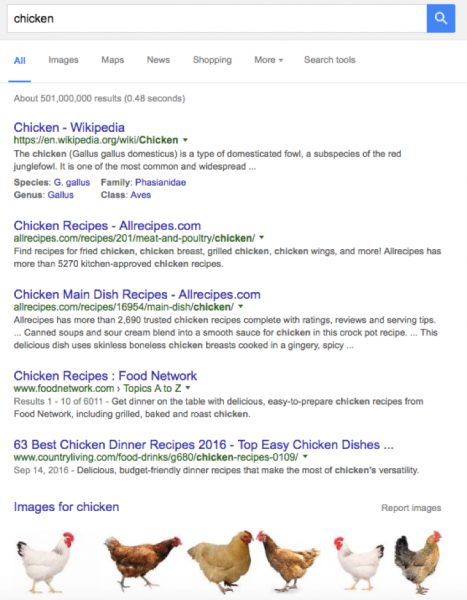 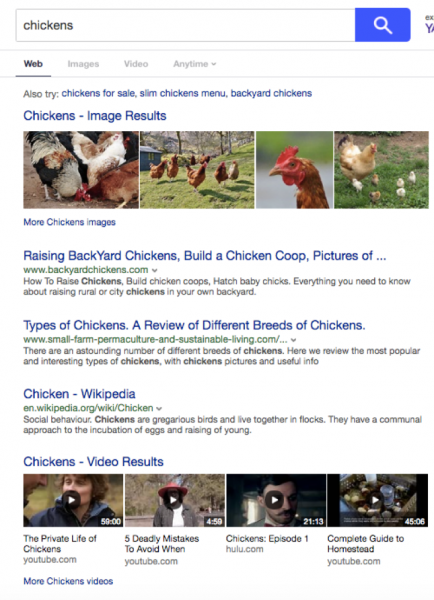 If you’re writing about raising chickens, using the phrase chickens, will deliver more relevant results. And as always, going with a more specific phrase, such as backyard chickens, will give you the best results. 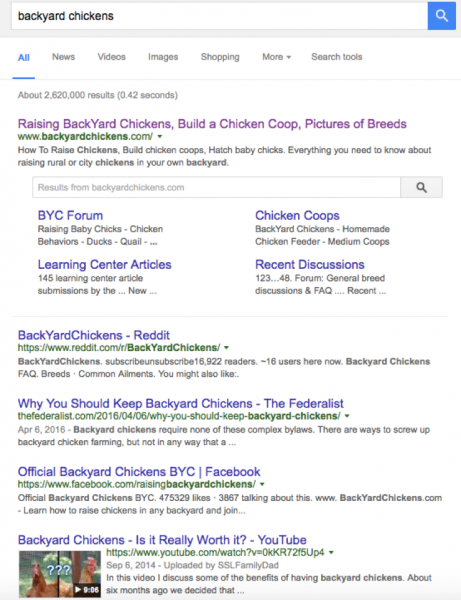 And there is one other problem which many of you may have encountered: The GKP tool itself, which once was free to all Google users, now delivers specific search numbers only if you’re running a paid campaign. Otherwise, you get a huge range of numbers, which is useless in determining an accurate KCI.

In order to get the specific numbers for our analysts, Mequoda runs a small continuous campaign. We don’t believe there is a minimum, but we’re spending $15 per day, or about $450-$500 per month for access to the tool.

Google is rapidly eliminating related keywords that it considers non-dominant from the GKP. At the same time, its search engine algorithm will still give you results based on the actual keyword you type in, after determining intent, so it’s worth knowing the difference: Any time you’re confronted with this dilemma, do the search in Google yourself to find out what Google thinks users want.

Google is becoming smarter and doing a better job at displaying the best search results for the term, and it’s our job as publishers to create the best content for them to index.