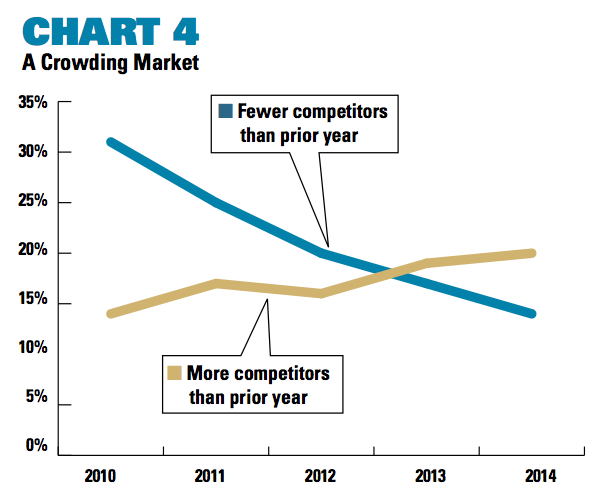 There is some interesting data taken from this survey. Below I’ve listed some of the key points relevant to publishers in 2014 and beyond. All of this data is taken directly from Folio.

-“Consumer magazines are more profitable than they have been at any point in the last 5 years.”

-Magazines have become more competitive. “A fifth of respondents say they have more direct competitors now than they did a year ago-a number that’s risen steadily over the last 5 surveys.”

-More products are being launched. “More than 20 percent of respondents say they’re anticipating the launch of another magazine or other competitive product next year.”

-Print advertising accounted for 43.6 percent of all revenue in 2013; digital ads brought in just a quarter of that at 11.3 percent.