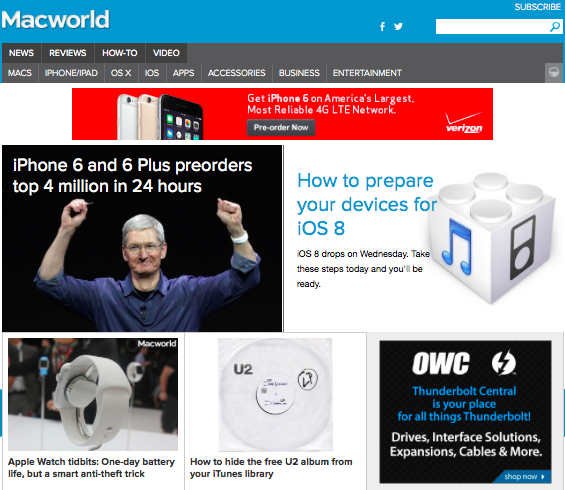 Macworld is ending its print edition after its November issue, reports NY Post. This will cap 30 years as a print publication.

Although Macworld is ending its print edition in the US, print additions will still be published overseas.

Some may find this change surprising, but it appears to be a direction that the company has taken. For instance, PC World has been all-digital since last year.

Ending the print edition comes with unfortunate losses to the editorial team and the ad sale force. According to the NY Post article, this purge came unexpectedly, at a time when the staff had spent a lot of effort covering the launches of the iPhone 6 and the Apple Watch.

“It was an unsettling end for the publication, which debuted in 1984 on the same day that Steve Jobs unveiled the first Macintosh personal computer in the same venue as Tuesday’s announcement.”

Read more about the end of Macworld at NY Post.