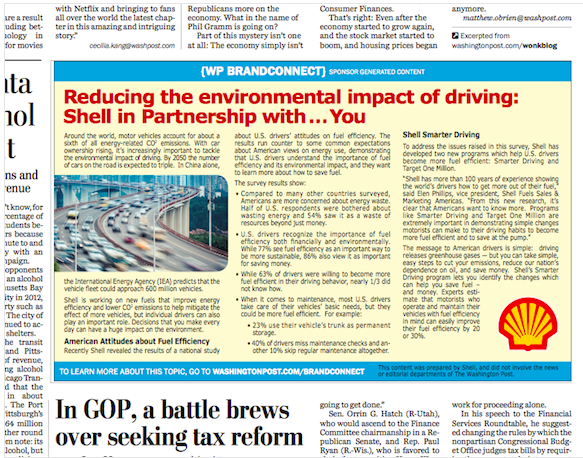 Native advertising has been an interest to many digital publishers. Now, one major publisher is touting the notion that it has run the first native ad in print.

The Washington Post is the publication and Shell is the brand that ran the ad. The Washington Post published the ad in its print edition last week, and it was also ran online. So how is this a native ad? Digiday reports on the story. “Many will no doubt see the Shell ad as a classic advertorial type ad that publications have run in print forever. But the Post said the Shell execution is true native because it’s integrated among editorial stories on the page. It’s labeled “sponsor generated content” and visual cues of background shading and fonts that are different from the surrounding articles.”

Now we have the first native ad in print, in the yes of some at least. What do you think? Is this the first example of native advertising in print? Share your thoughts with us.

Read more about the native ad coming to print at Digiday.