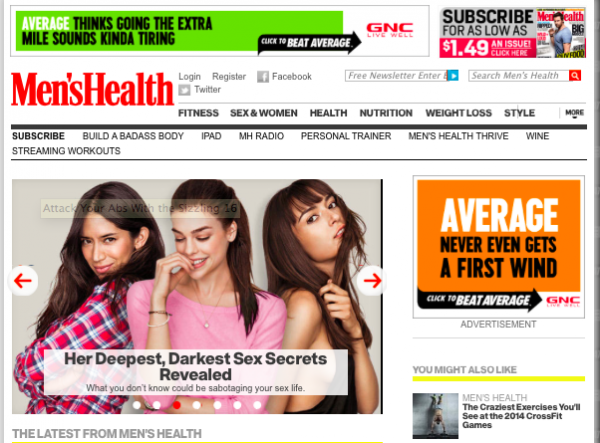 When your mobile traffic accounts for more than half of your total website traffic and your a major name like Men’s Health, you can bring native advertising directly to advertisers, or so reports Ad Exchanger.

“The move is part of an expansion in Sharethrough’s business from an in-feed native ad exchange to a facilitator of native deals sold directly via SFP (Sharethrough for Publishers).”

There is a lot of integration in the advertising Men’s Health offers its advertising, including print, digital, events, and now native advertising for mobile.

Advertisers interested in native advertising from Men’s Health get a hands on experience, according to Ad Exchanger. “For the directly sold mobile native ads in Men’s Health, advertisers will work with a content-creation team, separate from editorial, to design the posts.”

Since mobile ads have been working better than desktop ads for Men’s Health, the publisher may be on to something great.