“You can gather your audience and you can gather your consumers in a number of different ways,” explained David Pyle of Interweave Press.  Pyle showed publishers in the audience his brand pyramid that ranked from Television at the bottom, next up his Online channel where he gathers the devoted subscribers of his brands, and next level up on the pyramid are his converted buyers.

At the top of the pyramid are those who he calls “passionistas”, the people who love his brands and will buy anything they put out. You might be familiar with the passionistas of your own brands.

Beadfest is one of their big events, held four times a year. The people who come to this event are people who are willing to spend to get this experience that they can’t get anywhere else.

Pyle showed a picture of a man with a pretty serious necklace that he stopped to take a picture of. “This is the type of person you want to build a relationship with, just look at the level of commitment and passion this person must have,” Pyle noted.

Noting a picture of a woman holding out her hand of a beaded ring, Pyle noted, “Look at this pride. If we can make certain that every person that comes to our event has this type of experience, then we can leverage it in all different types of ways.”

Another one of Pyle’s events is called Weekend with the Masters, hosted by the American Artist brand.

“Our strength was based upon our history with the community, our relationships with names in the community, and the fact that our brand gave us the opportunity to put on something really high end”.

They gathered 18 of the top names in the industry and with the viral buzz around this event, it turned it into something unique to their industry. Over 400 people attended, and paid the highest rate ($1200) for the entire weekend that gave them unlimited sessions with any of the instructors. 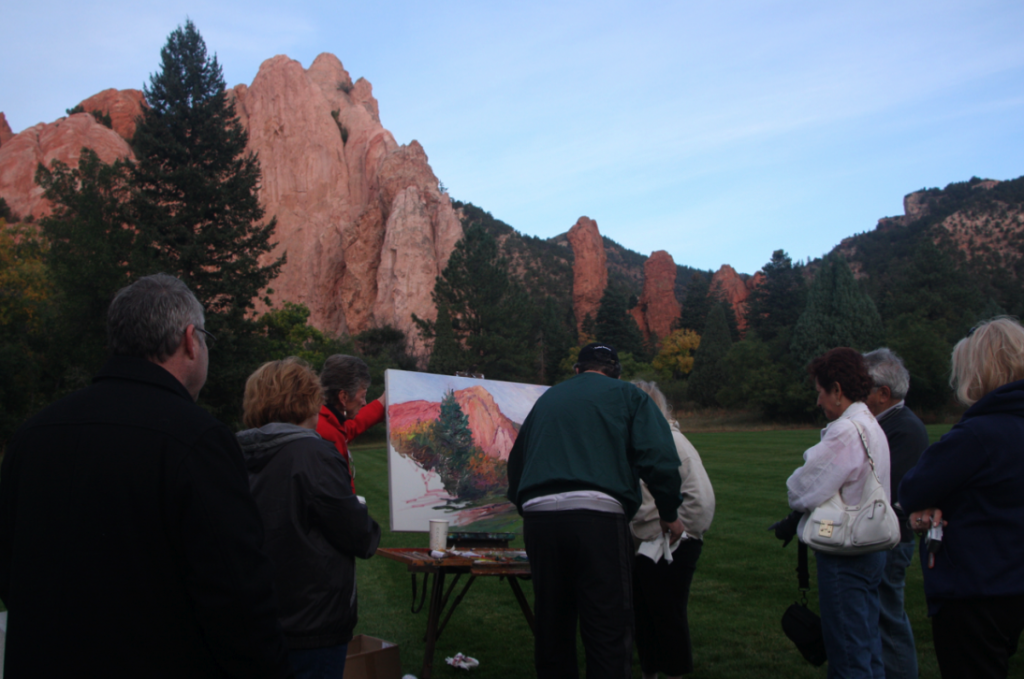 “Because have a finite number of hours in the day and a finite audience that we can target, your passionistas will help you point the way”.

What has been successful for building events:

Pyle noted that Facebook and Twitter accounted for a large percentage of sales of both Beadfest and especially the Weekend with the Masters event.

He also credits their ability to put together a unique event like Weekend with the Masters, (which was almost sold out within the first five hours of its announcement), to the enthusiasm of his team and the relationships that their brand and editors has built over the many years they’ve been in business.

Pyle also notes that “advertising sales are up significantly over last year and we’ve taken double digits in market share over our competitions”, which he attributes to the influence that comes from these events.