You should have been there two weeks ago.

Each year, as the Mequoda team gets together with our Gold Members at our annual Mequoda Gold Member Summit, there’s a bit of magic in the air, and it feels like a family reunion. And like a family, we get together to share with each other all of the great things we’ve made happen over the past 365 days.

There were many lightbulb-triggering moments we had last week as a collective group. And I’m restraining myself to keep from gloating about the smart and forward-thinking publishers that we had the privilege of sharing three days with. But, unlike a family reunion, most of what is shared at this event is confidential and just between all of us that were there.

What I can share with you, and what I’m very proud to announce, are the top 10 fastest growing Mequoda System websites. Out of 23 publishing organizations, these 10 were chosen because they had the highest year-over-year traffic growth rates. 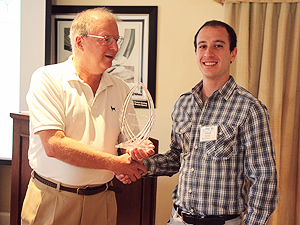 1. Our first place Rocket Award winner was Biblical Archeology Society and Bible History Daily for their outstanding 111% growth in website traffic. They had a major site redesign this year and launched their digital edition, which has been hugely successful for them. During the Summit last week, Editor Noah Wiener told us about how dedicated their team has been about SEO over the past year. Using the Google Visibility Report (which Mequoda provides for all of our clients) plus a little additional analysis, BAS has been able to gain significant traction on competitive keywords. Combine rockstar editors who are both curious and disciplined, along with a publisher, Susan Laden, who truly believes in the process, and they have a winning formula for success. As you can see!

2. In second place was Black Belt Magazine, whose traffic rose 106% in the past 12 months. Black Belt has been able to capitalize on the fact that their market is truly global, and Raymond Horowitz, Director of Digital Media at Black Belt is a dedicated, disciplined practitioner. In addition to being a master of interlinking within their site, which they’ve also expanded to their free e-books, they’ve also been impacted positively by social media and mobile usage in the last 12 months. “Internally, we’ve set up a network of branded channels at YouTube, Facebook and Twitter, all of which have experienced significant traffic and subscription increases themselves. Referral traffic from Facebook was up more than 60% in 2013 over 2012, for example, while referral traffic from Twitter was up more than 300%!” Mobile has been a huge factor too. Raymond notes, “We’ve seen a 200% increase in both mobile-phone and tablet traffic compared to only 61% growth in traffic sourced from desktop computers.”

3. The Successful Investor rang in a 106% growth rate year-over-year. “Our success is grounded in the time-tested advice of our investment publications and the value they provide to our readership,” says Online Editor, Alex Conde. “The performance of our publications has received the validation of Hulbert Financial Digest (the leading independent authority in the field, often called the “bible” of investment publication performance). The quality of these publications is reflected in the information and advice we offer on our website through daily articles and free reports. The reports alone have drawn significant new traffic when featured on Google Adwords. Add in many additional efforts, such as affiliate plans and direct mail (and a lot of hard work and brainstorming) and you have our recipe for success.” TSI ran a huge PPC campaign this April-June that drove more than 135K visits. Their international traffic rose tremendously during this time, driving 2/3 of their traffic for those three months. 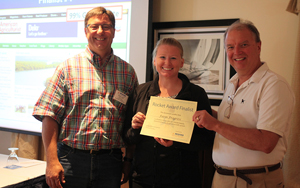 4. Farm Progress rose a whopping 99% this year. Earlier in the year, they were having some major issues with duplicate content, so they began to institute canonical protocols and have also cleaned up their URL structure. URLs used to be dynamically generated on their site and now they’re keyword descriptive. Can we say SEO win, or what? 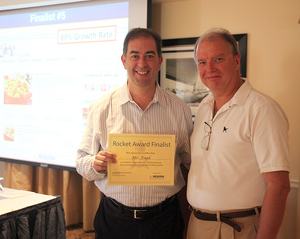 Stuart Hochwert accepting his Rocket Award certificate for Mr. Food  (he also received one for FaveCrafts!)

5. Mr. Food / Prime Publishing LLC grew their traffic by 89%. Stuart Hochwert, President of Prime Media has been working with Mr. Food to turn their site into a major publisher of online recipes. How, you ask? Well, Stuart knows a bit about building niche enthusiast websites. His own website, FaveCrafts is also on this list, which is a traffic-generating machine! “We continue to use our Test Kitchen to triple test each recipe,” says Stuart. “The photography and videos we create help the consumers who share on various social sites like Twitter and Pinterest. Analyzing what consumers click on in every newsletter really helps us shift focus and give consumers the content they want.”

6. WatchTime hasn’t even been with us a full year, and they’ve already seen their website traffic boost 86%. They came to us in December, and we’ve been working with them closely and rigorously on their SEO techniques, including creating new free reports and RCLPs.

7. Vida y Salud, which has won the first place Rocket Award TWICE, rose 67% this year. Vida experienced meteoric growth based on the worldwide demand for Spanish-language health information and their superior content. “Unlike other Hispanic media companies that dabble in health, we do not do entertainment, sports or news. We are 100% dedicated to health and wellness,” said Carl Kravetz, CEO of Vida y Salud Media Group. The growth rate is all the more impressive when you consider that this website has been the top grower two years out of the last five and cut off their PPC campaign during the year ending in June 2013—more than making up for that with organic growth. 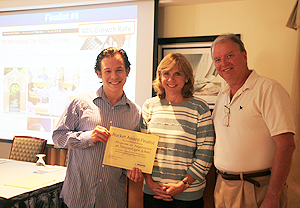 8. The Program on Negotiation at Harvard Law School, which grew 40% this year, has been with Mequoda for five years, but didn’t have the team to properly operate a Mequoda System until recently. This year, with Gail Odeneal, Director of Marketing, and Online Editor Keith Lutz at the helm, they’ve grown traffic and even more importantly, they’ve grown revenue dramatically. They shared their success with us last week at the Summit and I won’t give away any numbers, but let’s just say we’re all very, very impressed.

9. FaveCrafts / Prime Publishing LLC rose 39% this year on top of Stuart Hochert’s already impressive traffic numbers. Stuart, who is also on the list for Mr. Food, is a guy who may not cook or craft, but he sure knows how to drive website traffic. In five years, he’s launched a company that now has 27 different channels with 33 editors and 4.5 million subscribers. Stuart is totally open to experimentation, as we learned from his keynote last week at the Summit. One of the things they experimented with on FaveCrafts this year was using images instead of a bulleted list of text as the “related posts” under articles. This small change offered a 7x increase in clicks. Pair that with an enthusiastic community that contributes content and 99+ free ebooks that build email circulation, and we have no questions about how Stuart continues to grow year after year. “We continue to look at trends on our sites by analyzing what consumers are searching for, what they are clicking on and what they are sharing socially,” Stuart told us. “We continue to create new craft related collection pages based on trends we see. Our attendance at various craft shows nationally and a revised video focus is also important.”

10. America’s Horse Daily / The American Quarter Horse Association experienced solid growth in a year where they were managing a massive overhaul of their website and online system. Their phenomenal content and disciplined execution continue to drive their growth. “We manage to accomplish a lot with a very small team because of the expert guidance we’ve received from the folks at Mequoda, who help us work efficiently and smartly,” says Jody Reynolds, Director of Online/Interactive Communications at AQHA. “We rely on our extensive stockpile of really great content and photos, and we use them smartly, based on what Google searchers demand. We are excited about our growth and intend to keep momentum going using the proven Mequoda fundamentals we know and love.”

And in case you didn’t already know, in addition to our consulting group, we also have the leading user group. Meaning, we have a group of publishers who are actively using our best practices through their own Mequoda Systems. Of this user group, we have our best-performing users, who we dub as Mequoda Masters. Stuart Hochwert, who you saw above leading Mr. Food and FaveCrafts via Prime Media was inducted into the Mequoda Hall of Fame as a our newest Mequoda Master this year at the Summit.

Congratulations to all of our winners. Keep making us look good!