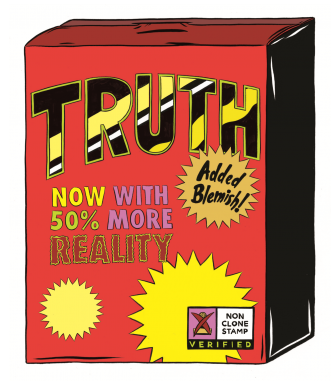 The answer to that question is no, but federal lawmakers will indeed be keeping a closer eye on magazines in the coming weeks.

Earlier this month, a congressional briefing titled “Truth in Advertising: The FTC’s Role in Protecting Consumers From Photoshopped Ads” took place on Capitol Hill in anticipation of H.R. 4341, or the Truth in Advertising Act. The bill is co-sponsored by Ileana Ros-Lehtinen, R-Fla.; Lois Capps, D-Calif.; and Ted Deutch, D-Fla.

According to Advertising Age, the bill’s introductory language states that it’s intended “to direct the Federal Trade Commission to submit to Congress a report on the use, in advertising, and other media for the promotion of commercial products, of images that have been altered to materially change the physical characteristics of the faces and bodies of the individuals depicted.”

At the forefront of the effort to regulate this advertising, much of which appears in magazines, are the Eating Disorders Coalition and Seth Matlins, who last year wrote a piece for The Huffington Post called “Why Beauty Ads Should Be Legislated.”

To read more on the Truth in Advertising Act, visit Ad Age.