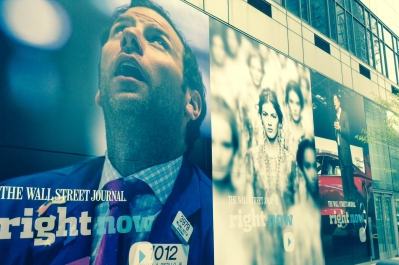 The Wall Street Journal‘s new digital magazine, Signal, will present videos produced internally and by filmmakers, the publisher announced at NewFronts last week. The move, which doesn’t have an official launch date, puts the Journal in the same class as Condé Nast and Time Inc.

Ad Age reports that the Journal will partner with 32 companies for its Signal platform, including AOL and Apple TV. The channel will build on successful current programming like “The Future of Everything,” “The Short Answer,” “Startup of the Year,” and “10-Points,” while also layering in new series.

“Creating great content is not enough in and of itself. People need to watch the video,” Deputy Managing Editor Mike Miller told Ad Age. “That’s the table stakes. The video has to be so good people want to talk about it.”