Ronn is the current managing editor for the Specialized Information Publishers Association (SIPA), Ronn Levine has spent 25 years in the publishing and association world, winning numerous writing and publications awards, and even a couple Super Bowl rings. Most recently, he spent 12 years at the Newspaper Association of America, working half that time in the NAA Foundation and Diversity department. His diversity newsletter, People & Product, won six Society of National Association Publications (SNAP) EXCEL Awards, including a gold for General Excellence in 2005. In 2002, he moved into NAA’s newly formed Creative Services department where he wrote, edited and managed products across the entire association, winning four more EXCEL awards for his work—including a gold for a national section on movies. Prior to NAA, Ronn broke into the association world as director of publications for Association Management Group, managing a department that published numerous magazines, newsletters and brochures. He began his career as a sports reporter for The Washington Post, moving on to become a writer for the Washington Redskins football team. During a run of three Super Bowls in six years, Ronn worked in the public relations department, putting together the game programs, press guides and yearbooks, and writing a daily radio show for future Hall of Fame coach Joe Gibbs.


Ronn has also enjoyed an active freelance career, writing numerous arts and entertainment pieces for The Washington Post, covering film festivals, contributing to Science Magazine and serving as an editor/notetaker for several federal grant reviews. He also stays very active in the Washington, D.C. community serving as: a longtime site coordinator for The Reading Connection, an organization that provides “readalouds” and books for children in shelters and low-income housing; president of a local cycling club; writer for the DC Film Society; a leader of Art Gallery Walks in the area; and the host of a popular cultural blog.

The nuts and bolts of protecting your content SIPA’s quarterly Memorandums From Counsel are written by the highly esteemed law firm of Levine Sullivan Koch & Schulz, L.L.P., specifically for

The Value of Making New Technology Part of Your Everyday

Ryan Stillwell, Vice President of Sales, Mortgage Success Source, LLC, Holmdel, N.J. SIPA: How did you get into this business? RYAN: I was a branch manager for Wells Fargo and Originated

Murphy to explain new hiring guide at SIPA 2012 “Ask your employees one important question: would you rather work short-staffed or with someone with a bad attitude?” On a video promoting

Longer subject lines may be the way to go…on It may be time for you to get a bit more wordy in your subject lines. New research from Alchemy Worx,

These Survey Answers Will Help Us Help You

Your survey answers will guide our content decisions I had a great conversation with Ryan Stillwell yesterday. He is the vice president of sales for Mortgage Success Source, LLC, and

Getting the most out of your interviews In yesterday’s member profile, Minal Bopaiah, editor of Subscription Site Insider, spoke of the importance that case studies play in their success. She

Minal Bopaiah, Editor, Subscription Site Insider, Anne Holland Ventures Inc., Newport, R.I. How did you come to this industry? Circuitously. I was the international editor for Boston Metro. Then I decided on

Discounts and special offers still draw them in Why do consumers subscribe to emails from a business or nonprofit? eMarketer reported yesterday on a new survey by the firm Chadwick

See How You Do on Our Publishing Quiz…

A challenge from some SIPA 2012 speakers Take this mid-week quiz concerning speakers at the upcoming SIPA 2012 Conference, May 20-22. 1. Which of these choices is NOT on Jeanne Hopkins’

A New Way to View and Judge Paywalls…

Lynn Freer, President, Spidell Publishing, Inc.®, Anaheim, Calif. How did you get into this business? I was doing tax returns but was not an accountant or bookkeeper. I was actually a French

Rodney emphasizes user-created content at SIPA Munich More than 100 attendees from 13 countries and 24 companies have gathered yesterday through tomorrow for the SIPA Munich Conference. You can follow

‘Hunger Games’ Marketing Plan Should Get Us Thinking

Hunger Games marketing campaign yields vital lessons “This book is on junior high reading lists, but kids killing kids, even though it’s handled delicately in the film, is a potential

How to Start Your Own eLearning Program

It May Be Time to Get on the eLearning Curve According to the American Society of Training and Development (ASTD) 2011 State of the Industry Report, money spent by organizations on

Tom Gale, President, Gale Media, Boulder, Colo. and Publisher, Modern Distribution Management What takes up most of your time these days? I’ve spent most of the past year and a half integrating

Six valuable messages and the sessions to cover them The keynotes, sessions and speakers for SIPA 2012, May 20-22 in Washington, D.C.have all been carefully selected to deliver the most relevant

Two Ways to Get Smarter Here and Abroad

Seminars by banks prove popular, and bilingualism helps us think better Small businesses in the U.K. have found an ally of late in banks. The New York Times reported yesterday

Marketing Ideas You Can Implement Today

A Refresher Course in Good Marketing Ideas Send email from a person, not a company. Check search traffic when choosing blog titles. Include brief surveys on thank-you pages. These are just

Eight SIPA members tell what the single-most successful thing their company is doing now 1. More than one portfolio company I’m working with today is having success using the same process:

Ides of March is good time to evaluate role of ‘friends’ Is it still all about who our friends are? On this fateful day many, many years ago, Julius Caesar 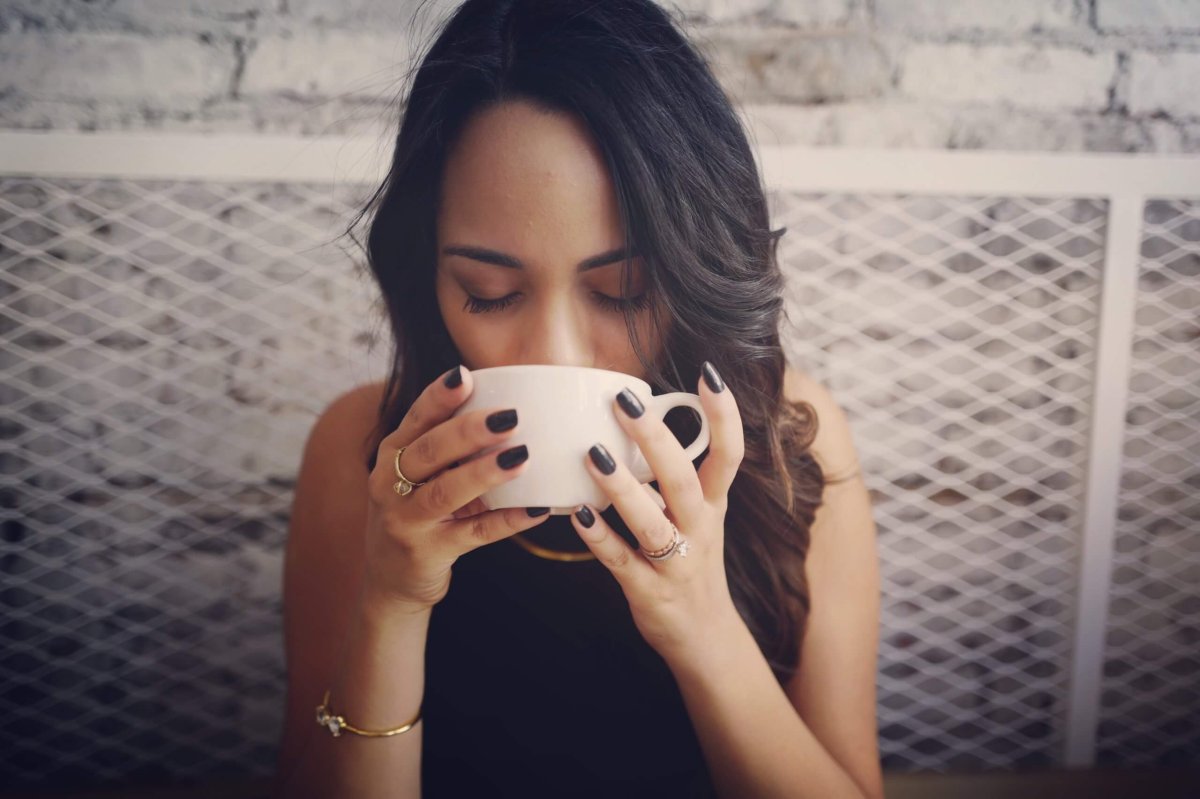 Thinking ‘Young’ Does Have Its Benefits

The Young and the Rest of Us As SIPA approaches our 1,000th Linkedin group member this week, we were wondering how to mark the occasion and I came across this

SIPA Member Profile: Pines Manages His Business and His Lists

How did you get into this field? Mitch [Eisen, the CTO,] and I met on our first jobs after college. Then about 6 or 7 years later in 1999 we were

12 Tips for Using Video and Examples to Watch

TweetChat Yields a Screenful of Video Tips It’s revealing no secrets to say that video has become a huge tool for engaging and selling on the Internet. How many of us

Songwriter’s Death Reminds Us of Power of Collaboration

Songwriting Brothers Show What a ‘Small World’ Can Do One day in the early 1960’s, Walt Disney called brothers Robert and Richard Sherman into his office “and gave them a

Diving into ebooks can be profitable with right moves A colleague friend and I used to have a running dialogue at the last place we worked, usually after a very

Lidia Lubka, publisher/editor, EcoLog, Toronto, Canada What was your first job out of college and how did you get into this business? After graduating with a journalism degree, while trying to

Awards Update and a Round-Up of Industry News

On Awards, Content, Integration and European Privacy It’s all about awards here at the SIPA office for the next couple days. The deadline for our SIPAwards competition is tomorrow, March 2.

Easy Ways to Work Smarter and Get More Done

Working Smarter to Overcome Overload I read a very interesting note in Sunday’s Washington Post about delegating. It said that Steven Spielberg once told an audience that as an amateur filmmaker

Six Creative Ways to Get Your Message Heard

You Can’t Just Rest on Your Good Scents At our local farmers market, one of the most popular vendors sells sausage. Their “trick” is that they cook up delicious samples for

Dwight White, Copywriter and Marketing Strategist, St. Augustine, Fla. What was your first job out of college and how did you get into this business? My first job was in banking.

‘It’s the Human Friction that Makes the Sparks’

The Importance of the ‘Collide and Meet’ There’s a really interesting article on The New Yorker magazine site titled Groupthink: The Brainstorming Myth by Jonah Lehrer. He reports that when

16 Categories Make the SIPAwards Your Chance to Shine

More Options on Considering Your Paywalls

Apps Give Companies Another Paywall Option Just a month ago, the publisher of Britain's largest-selling regional newspaper, the Express & Star, altered its online payment strategy by “removing its website

6 Tips for Building a Company East of Germany

What to Know for Building a Company East of Germany At a reading Tuesday at the Austrian Embassy here in Washington, D.C., author Catalin Dorian Florescu presented his new novel,

Join the Conversation; It Will Help Us All

‘Chatting’ With Peers Can Be a Good Thing (like today) Conversation from last Wednesday’s SIPA Twitter Chat: What system do you use to host/run your webinars? For webinars: @BeaconLive and @ReadyTalk thus far

How Best to Track Yourself and Clean Your Digital Slate

An early spring clean-up, the digital way We had an instance last week where a member googled herself and found a SIPA document on an unauthorized site. It was a

Jeska Harrington Gould, Managing Director, Research, and SIPA Europe Chair. SIPA: What was your first job out of college and how did you get into this business? JESKA: My first job was

How Wary of Your Social Media Life Should You Be? Very.

How Wary of Your Social Media Life Should You Be? So you think that your next prospective employer or business associate won’t notice your Facebook posting of a “funny” picture on

Twitter Chat Example of New Keys to Innovation “We have got to overcome our hyperactive sense of exceptionalism and embrace the more collective, cooperative and globalized forces shaping the planet.” --Neil

Tried and True Tips to Get Your Open Rates Up

Five Techniques to Building the Better Subject Line Here’s a test of subject lines (from a mortgage company) from copywriter Mark Everett Johnson, a frequent speaker at SIPA events. Choose one. 1)

Dan Warren, President and Editor, Warren Communications News Inc., Washington, D.C. SIPA: What was your first job out of college? DAN: For two years I was a high school English teacher. Has there

Charlie Rose, Tom Cruise and the Merits of Community

Community Involvement Can Work on Many Levels There seems to be something rather businessy to the “getting involved in your community” idea taking shape right now. Last night on Charlie Rose,

UK Publishers Study has Lessons for Both Sides of Pond

Lessons Learned From UK Publishers Study The recent UK Publishing Email Benchmarking Survey conducted by Adestra shows some interesting results, according to a post on InPublishing by Henry Hyder-Smith. He

Renewal by Text and Other Mobile Ideas

On Niche Publishers and Mobile Audiences It started last year when younger acquaintances started texting me instead of emailing. And now this "trend" includes some similar-aged friends. I write this because 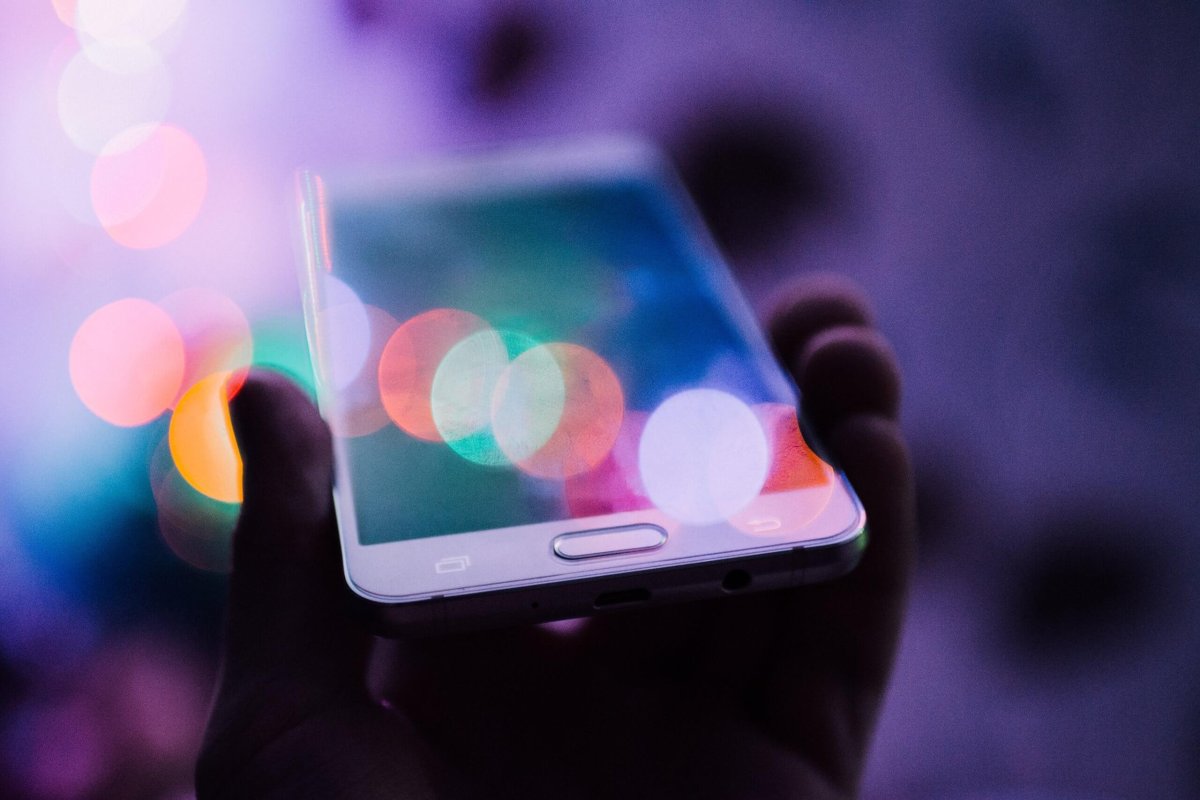 R.D. Whitney, Chief Operating Officer of the Institute of Finance and Management, Greenhaven Partners, Greenwich, Conn. SIPA: What was your first job out of college and how did you get into