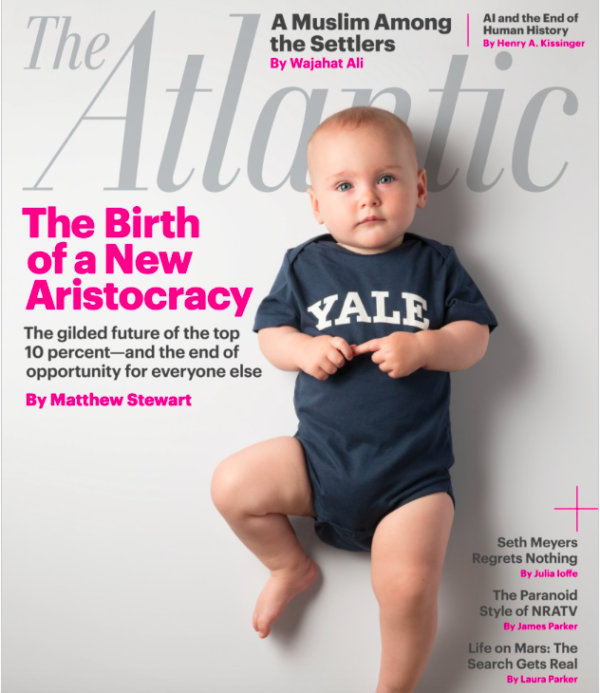 The Atlantic is an example of a multiplatform publisher making loyalty a focus of their article design and content, while keeping a customer-centric approach

To be a successful multiplatform publisher, an organization must use the right strategies to both build audiences and retain them as customers.

Today’s news is focusing on The Atlantic, which is a good example of a publisher making strides to align content and ecommerce, while putting additional emphasis on loyalty.

This change in the company’s article design is its first in three years, and of course, a lot has changed in the digital landscape during that time. Digiday reports, “In the interim, mobile audience and ad viewability standards had become a lot more important. The Atlantic also had to think about its new membership program, as well as a customer-centric mindset that involves closer collaboration across different parts of the publisher’s organization. Where the preceding redesign had involved input from the site editor, design and product teams, the most recent one also included contributions from ad ops, marketing and consumer marketing.”

The article continues with details of the changes that now make up The Atlantic’s pages. “The Atlantic added a dedicated promotional unit that plugs various Atlantic products to readers, based on what the site could discern about its visitors. A first-time reader might get an invitation to subscribe to its main newsletter, while a regular reader might get an offer to join the Masthead, its membership program. In other cases, the offerings will reflect the kinds of content a reader’s consumed on the Atlantic’s site in the past. It has seven different newsletters and three different podcasts it plans to promote this way.”

As we know, multiplatform publisher audiences change over time and the segments that drive the most traffic change with it. “Though the Atlantic has a few audience segments carved out for this already, the publisher will be building out further segments over time, and use DoubleClick for Publishers to store them and deliver the right kinds of offers through the new unit.”

Next, the article shares it’s strategy for targeting on-site readers accordingly. “Rather than occupying a static piece of real estate on the pages, the promotional unit is inserted dynamically, typically within the first three paragraphs of an article.”

“Viewability is a tricky problem to solve. To shore things up, the team got rid of a large display unit near the top of mobile article pages that was hurting the site’s viewability numbers because people tended to scroll past it too quickly. But on desktop a standard box ad was moved up the page.”

In addition to these changes geared towards audience and customer loyalty, The Atlantic also focused on getting its site to load quicker, particularly on mobile. “To make that happen, it focused on finding non-critical elements of the page, such as the footer, that could be “lazy loaded.” It also switched to critical CSS, which cuts down the amount of code a browser needs to process.”

Kim Lau, The Atlantic’s EVP of strategy and operations, stated in the article that these changes “improved page load times by 87 percent on average, across desktop and mobile.”

Are you a multiplatform publisher needing an update? If you’d like to discuss how we can grow your audience, revenue and profits, please reach out to schedule a no obligation chat with a member of our marketing services team.