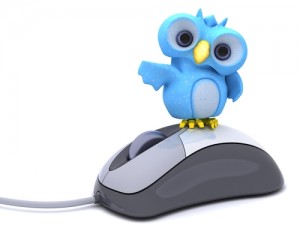 Writing a great tweet is like writing a great email headline. You have 140 characters to get someone to read your headline and click the link you’ve provided. Using a combination of Twitter Ads and HootSuite analytics, I’ve been running some tests on the tweets we send from Mequoda in addition to ones I craft for other accounts. Test these formulas with your own audience to see if they’re just as effective.

1. [Goal] will be achieved when you follow these [mysterious steps]

Tweets using the traditional “big promise” copywriting formula had the largest click-through rate. To me, even as a copywriter, this was somewhat astonishing to see that the same formula that’s considered “old school” in some circles is still the big winner. Something else to note is that these tweets were lowercase and not written in uppercase like a conventional headline.

Example: A shrinking waist can happen in two months if you adhere to these three gut-busting rules.

It seems that there’s something more interesting about your tweets when you put somebody famous in them. That instant recognition of celebrity in a tweet puts these types of tweets second in line for click-ability. That means if you’re writing about someone or even sourcing your content from another blog or expert, you ought to write that in. The capitalization here is on purpose because the highest performing tweet using this formula was also capitalized.

Example: How @Celebrity and @Expert Made a $1m Business that Started w/ Crowdfunding on @Kickstarter

3. Really enjoyed this article from [@username] on [topic]

Virtual high-fives like this not only garner the attention of the person you’re talking about but also enable a lot of re-tweets since everyone likes a good recommendation. Use this formula to your advantage by highlighting your editors when they write posts on your blog.

Example: Great insight from @AnEditor on how to plan a last-minute getaway.

4. Did you know that 75% of [target audience] [does something interesting/controversial]?

While questions didn’t fair the best in this study, percentages did. This quote-styled post gives the reader just enough to get them interested in your article to take the next step and click your link.

Example: Did you know that 31% of tv watchers will write angry letters about their favorite show being cancelled?

Another formula that did shockingly well was the excerpt. This was a line, sometimes a subhead but most often not, that was taken right from the article.

Example: The color of a Hydrangea doesn’t come from your seeds; it’s determined by the pH of your soil

The fall-back here is that a great headline will work on any channel. Some of our most clicked headlines had no formula at all, they were just well-written to begin with. If you’ve written the subject line on an email that had an amazing open rate then by all means use it exactly the same way on Twitter. A good headline, is in fact, a good headline. Alternatively though, to mix things up a bit, these formulas have been successful across both B2B and B2C tweets.

On a closing note, tweets that included a quote were not clicked as often but were at the top of the re-tweet pool. Funny how people take what you give them and pass it along without taking the next step themselves.

Did you get any of those followers through “follow back” groups, or use a service to boost your followers? That’s usually the most common reason for that low of a click-through rate, low-quality followers.

Thanks for doing the testing and sharing the results Amanda! Good subject lines for emails would be a good source too.

Agreed Tom. I should have articulated better that my surprise was more at the sheer volume of clicks on formula #1. It could have won first, second and third place… a very clear winner.

No ‘alas’ about it. Thank goodness in a world where the technology changes continually that the rules of attraction (attention-wise) don’t and that all we need to do is adjust the message to fit the delivery medium.

Mostly surprised because you’d assume that much like people get banner blindness, they’d at some point develop the same subconscious recognition of headline formulas. But alas, what works, works, regardless of the platform.