If you look at Shorenstein Center and Lenfest Institute’s Digital Pay-Meter Playbook, you’ll discover that one key metric you can measure, which identifies high-performing publishers, is your “stop rate.” 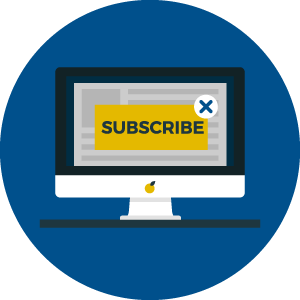 Your stop rate is quite simply, the percentage of users “stopped” by a paywall (or metered paywall, or a floater). According to the Playbook, if you’re over 6%, you’re doing great. Unfortunately, “among the more than 500 news organizations analyzed, the fiftieth percentile of publishers stops only 1.8% of their readership with a paywall or meter.” That sounds low to us and isn’t typical for our publishing partners.

Their proposed solution? “Invest in capabilities to engage in constant testing and experimentation in digital – to build engagement among digital audiences and ultimately convert engaged readers into paying subscribers.”

That sounds right up our alley, daily testers of Six Sigma email marketing campaigns, and all.

We decided to look at the numbers internally, and while some clients were more challenging to get a reliable stop rate, we decided to focus on one, who is relatively representative of most of our clients. And the numbers were pleasing—this regional publisher has a 70% stop rate.

To come up with the calculation, we used the number of user sessions as the denominator, and the metered paywall / floater impressions as the “stop.”

Since the Playbook calls for 6%, this is overachieving for sure, and all it took was a paid subscription Floater and an active metered paywall.

How to Increase Stop Rates 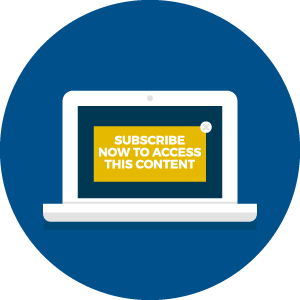 As mentioned above, the two “stops” offered to the visitor is what resulted in a 70% stop rate. A floater shows up as an ad, in the middle of the page, if you’re trying to access premium content after you have used up your free article views. Alternatively, or after the Floater has been closed, a user hits the paywall where they’re told they can no longer read articles for the rest of the month unless they subscribe.

It sounds simple, because we’re talking about a few website architecture changes to get people to hit a “stop” more often, but what else can be done?

In order for news media to survive, “the newsroom must own the subscription process,” says Shelley Seale, Editor of the International News Media Association, after leading a study tour of Oslo and Stockholm media companies last year. The CEO of INMA says, “it is a consistent cultural struggle to keep people focused. There are still companies out there internationally where newsrooms want nothing to do with data or digital subscriptions.”

In their study, there was a compelling case from MittMedia, where they reached out to ex-subscribers to ask why they didn’t subscribe. The results showed the 69% of the group would have subscribed, but they’d never been asked to. So they put up a paywall.

Another method, used by our 70% golden child above, is writing Library Previews. These are advertorials written in an editorial-friendly way that previews and shares snippets of premium content in order to get people back to the website to hit that conversion architecture. They’re published via email, but also posted on the website so they can be promoted in social media. These Library Previews contain enough information to be interesting to the non-subscriber, but makes them want to read more.

If you have a strong brand, deep content archive, and a substantial audience database, we’d like to discuss partnering with you to build a successful digital media library with a higher-than-average stop rate that can power your brand for the next 100 years. Schedule a time to talk with us.

Do you agree or disagree with us? Leave a comment below.