How can a club help you make money?

Mequoda has called one of its paid websites a “membership” website for a decade. Unfortunately, not everyone does as we tell them to do (imagine!) and over the years some folks started getting confused, calling any subscription website a “membership” site.

By popular demand, today I’m going to officially throw in the towel on Mequoda’s behalf, and declare that the subscription website model that we’ve always called a “membership” website shall henceforth be called a “club” website.

Don’t say I never do anything for you.

Organic audience development note: If you go back and check our older posts on the subject (here and here), you’ll see that we aren’t changing the name retroactively. If we do, we lose the Google credibility we’ve built up on the word “membership” … so, like good little marketers, the word stays in the older posts.

However, it’s been awhile since we reviewed some quintessential club subscription websites, so now’s as good a time as any to revisit our original sites – and add two new examples, including one that I was just using last night for about 10 minutes before it dawned on me that it belonged in the post I had been researching a few hours earlier.

As I said, most models seem to work best in pairs. For the club model, this usually means having a blog and/or other content to make the experience richer and keep the user more engaged. Many new publishers, lacking an archive of content or a staff of content producers, could find the club model a profitable start-up venture: They’re easy to set up and, judging by the success of our examples below, wildly popular with users.

And if you’re an existing publisher, considering the visitor numbers these clubs generate, it could make good sense to add a club where readers can create content and get additional value out of your site. Got a knitting website? Start a club so users can share their expertise have their problems solved by more experienced knitters. As one of my favorite songs of all time puts it, You just call on me, brother, when you need a hand / We all need somebody to lean on / I just might have a problem that you’ll understand / We all need somebody to lean on. (Very old pop culture reference …)

Whether you’re a Bill Withers fan or not, all publishers need to consider new revenue streams as the industry goes through its digital upheaval and print decline. Here are some specific examples to ponder. 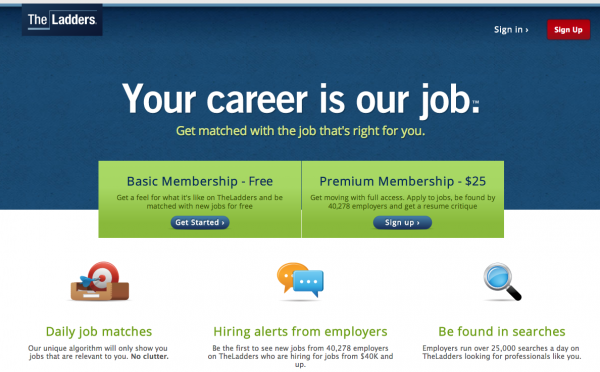 TheLadders.com is a job search and career management website, where the MIUs are job descriptions posted by member employers, and resumes posted by job seekers who are also members. Both employers and jobseekers pay to join.

The purpose of the site is to bring appropriate employers and job candidates together. Jobseeking members can filter the information in the database by geography, job title, and industry sector in order to customize the search results. As with most club websites, another model is married to the club: The Ladders has two blogs, The Ladders Blog and Recruit Blog, and a section for articles on job-seeking called The Career Chronicles. 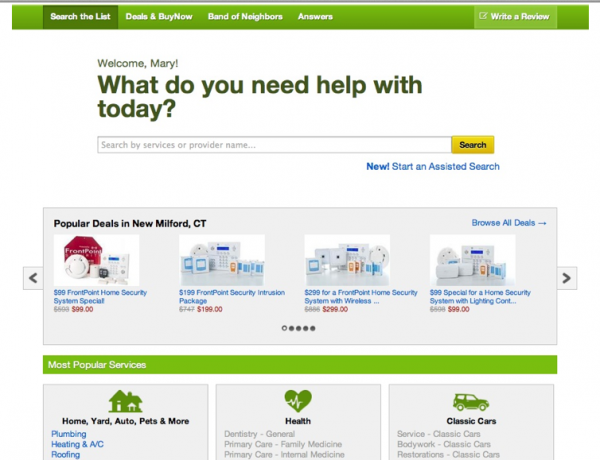 I finally joined this one last night, after connecting my face to my palm in the realization that I had hired what Angie users rate as an “F” for some work on my home. The facepalm was generated because hey, I hired a loser even though I see 17 Angie’s List commercials on TV every night! Which in turn tells me it’s clearly a success story with an advertising budget like that.

The minimum information unit (MIU) on Angie’s List is a review submitted by members of service providers, which include everything from accounting to windows installers.

I paid my membership fee and submitted a review right away. (I was polite about it, I swear.) Angie’s List charges different fees for different “chapters,” which is its word for regions. The fees vary because Angie’s is more established, with more available reviews. In my chapter, it charges $3.25 for a monthly subscription, plus a $5 “account activation fee” that sneakily pops up after you’ve chosen the monthly option, $12 per year, $21.50 for two years, and $31 for three years.

Angie’s includes content in its club model with numerous articles such as How to avoid door-to-door sales scams, and Get 3 bids before signing a contract. It also has an unusual community feature called “Band of Neighbors.” If you decide to join, you can chat directly with other people literally in your neighborhood. Based on the address you entered when you signed up, you’re shown a map of your part of town and you’re supposed to draw the boundaries of your new personal club to get started.

Naturally, the drawing tool failed when I tried. So I haven’t gotten any further into that feature. But it sure sounds interesting!

Members also get Angie’s monthly magazine, which is a “digest-sized booklet” featuring highlights of the best and worst companies in your area, buyer beware warnings, and articles on maintenance, tips and tricks.

In addition to membership fees, Angie’s List also generates revenues from local ads and “deals.” These deals offer services ranging from computer tune-ups to home staging to car window tinting. And they’re only offered by companies that maintain at least a “B” grade.

Other club websites we’ve used as examples in the past include Match.com, where the MIU is the user’s personal information submitted in order to meet singles for relationships, and SSWUG.org, a BtoB website, where the MIU is the professional expertise and advice offered by paid members to help each other.

What do you think? What other club websites are out there? Could you make it a part of your publishing empire?