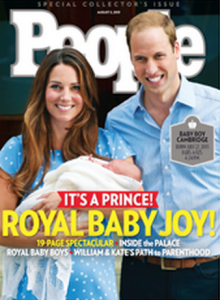 We’ve said for a while that magazines are shooting themselves in the feet with their bargain pricing, and it seems like they’re finally starting to listen.

Raising prices will either kill print or make it stronger, and so far, the outlook is good. Publishers who have been raising prices are reporting that subscribers are happy to pay for a premium product. And those that aren’t, well, that’s fine because the new VIP subscribers make up for it.

Following suit, People, OK!, Star and the National Enquirer have all raised their prices by a dollar to $4.99 while US Weekly is at $3.99 but has plans to raise in the near future (pending the feedback from these daredevils, perhaps?)

As reported by Keith J. Kelly at the New York Post, “The gamble is that even if circulation drops by 10 percent again this year, as it did in 2013, the losses will be more than offset by the 25 percent price hike.” Yeah, what he said.

Read more about how magazines are raising prices.