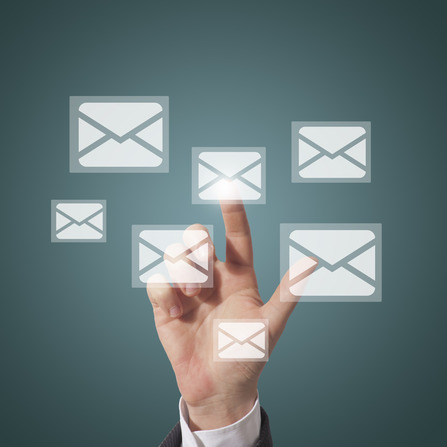 Back in 2007, MailChimp published the results of their top seven performing subject lines. Seventeen out of the top 20 email subject lines (with a 60%-87% open rate) included the company name. These were the top seven of all time. When we saw the research, we were stunned.

JupiterReseach backed  up this claim by saying that adding a company name to the subject line could increase open rates by 32 to 60 percent.

Naturally, I went to work and did this test on our own email newsletters; We added “Mequoda Daily” to the beginning of all our subject lines.

This was 2007. Six years later we’re learning that what was once a wonderful improvement, may not be anymore.

At the Summit last month, someone asked about including their company name in their subject line, despite the character limits on mobile email, that what we were discussing at the time.

During the Summit we learned that mobile traffic for the publishers in attendance was doubling and tripling year over year. Recently Raymond Horowitz from Black Belt Magazine told me, “We’ve seen a 200% increase in both mobile-phone and tablet traffic compared to only 61% growth in traffic sourced from desktop computers.” Publishers in attendance concurred, even the ones in niches with older consumers.

We had a short discussion about this test during that conversation. Not realizing just how long ago we did this test, we related the results but added that the research from the test was a few years old and worth re-testing.

Six years old. That’s a lifetime in the digital world!

And Noah Wiener, the online editor at Bible History Daily, who I can always count on to pave his own path with his very unique audience, performed the test.

As you can imagine, things have changed!

As you can imagine, this is a long beginning to a subject line. Some mobile devices cut off at 25 characters which left BHD with about 5 characters left.

The winner was the subject line without an intro.

This is certainly a test to keep track of over time.

We decided to do the same with our own Mequoda Daily and found similar results. We earned an 18% increase in open rate on the test without “Mequoda Daily” in the subject line.

I don’t think there’s any question about why a shorter subject line works better. Adding your brand name to the beginning of emails used to increase delivery and open rates, but from what we can tell, it simply doesn’t anymore. Instead, it wastes good subject lines by letting mobile devices truncate them.

Have you tried this test? Have any theories to add? Let me know in the comments.

In all of the tests (ours and BHD), the from line was the same as the name in the subject line for the tests. Same thing in our 2007 tests, to be consistent.

BHD also tested “BHD” in their subject line as the third test, but their from line remained “Bible History Daily”.

Fascinating results. . . BUT: What was in the “From:” line in the initial tests? Were they from the company name, an individual’s name, or something else?

I can’t imagine that the From line would be Mequoda if the same name appears in the Subject line.

On the other hand, when you don’t include the company name in the Subject line, are you using it in the From line?

This was a great post. Thanks for showing once again that you need to back test every so often to make sure that results still hold.

Thanks so much for your results Ira! I think everyone really needs to test for themselves (as with all things, right?). It’s clear that you send a newsletter that makes readers very happy. They trust that whatever is inside is worth reading and that’s a wonderful thing!

Hi Don — Since you ask, we have tested for our daily, TLL Daily Advisor, repeatedly and do so regularly. The highest open rates by a wide margin are consistently the title of the publication and the date — any time we put in key words, names that we think would draw (such as Disney or Walmart), or anything else, the open rate (which is substantial) plummets. We also find that having the from the title of the publication is the best combination. Counter to everything we read, and others’ experience, but proof is in the opens and clicks once inside.
Cheers,
Ira