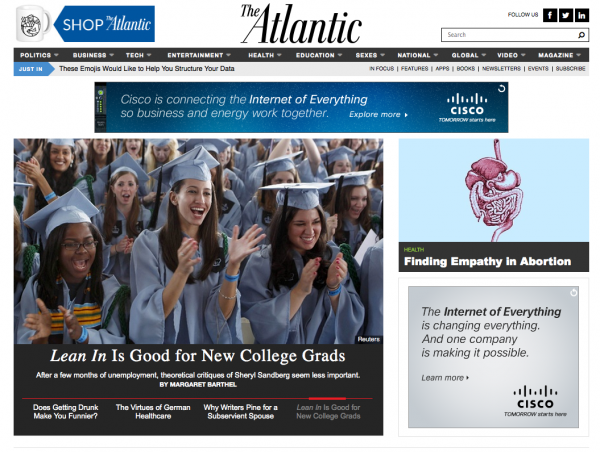 Online and at the newsstand, in readers and in revenue, The Atlantic Monthly outdid itself during the first quarter of 2014.

According to a press release sent to the Magazine Publishers of America, The Atlantic saw a 39% spike in ad revenue across all platforms year over year. In addition, TheAtlantic.com welcomed 16.6 million unique visitors in March alone – up 34% – while the January/February issue outsold its 2013 counterpart by 55%.

“We are officially off to the greatest revenue start to any year ever in the history of The Atlantic,” Publisher and Vice President Hayley Romer said in a statement. “We’re only seeing the momentum continuing to build.”

What’s their secret? Strengthening and expanding content, of course.

TheAtlantic.com recently launched Atlantic Features, a showcase for the best of their best writing and reporting. The magazine has also supercharged the site’s video channel, in the process hiring more staff.