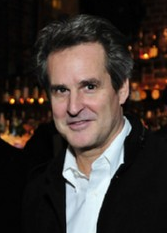 This week I was joined by over 1250 publishing colleagues in the Big Apple at the O’Reilly Tools of Change Conference. One session in particular that stood out for me was a workshop called “Twitter Scorecards for Publishers”, hosted by Mike Hendrickson of O’Reilly.

Most publishers in the workshop were still struggling to define where Twitter fits in their business. 1/3rd of the room identified Twitter as a “new tool” for their company.

In usual workshop fashion, we audience members were put to work; assembled into small groups and amongst many other questions, asked to answer this: what do we want to measure in Twitter.

Depending on what your goal is with Twitter, you can pick and choose which numbers matter to you.

To build your own Twitter scorecard, ask yourself these questions:

What is my reach?

Are my tweets interesting and informative enough to build an audience? Do people spread my content through re-tweets? Are people adding me to lists and are those lists being followed?

What is my demand?

How many people did I have to follow to build my count of followers, and are my followers usually reciprocated? Hendrickson says that “Twitter is made to follow people that you find interesting, don’t do it for the game or the numbers”.

How am I at engagement?

How diverse is the group that @’s me? Am I broadcasting or participating in a conversation? Hendrickson joked that “if you only tweet about ice cream, you’ll probably get all 35 ice cream people following you. If you want a broader audience, broaden your tweets”.

How likely am I to be re-tweeted? Do a lot of people re-tweet me or are they the same few followers? How can I re-word my tweets so that people find them interesting enough to spread?

What’s too much, what’s too little? Are my tweets effective in generating new followers, retweets and @ replies? Hendrickson notes, “if someone is only following you because you’re following them back, that person isn’t worth following”. He also talked about providing relevant content, rather than just brief commentary.

This follows the same rule we tell publishers to do with their email lists. If you have people on your lists that haven’t even opened an email in over a month, take them off your lists. Some publishers we know will even take people off their lists if they haven’t bought anything in six to twelve months. Why? It’s for the numbers. You might have a higher conversion rate when there are less people on your list.

It’s up to you to decide whether you prefer to tell people you have a list with 200k people on it with a 2% open rate, or a 86k list with a 60% open rate. Parallel those percentages with conversation rates and you have a few more bragging points.

When analyzing Twitter accounts from a compilation of all attendees at the conference, Hendrickson found that trade publications had an average score of 49, where over 30 is considered to be doing very well. Corporate publishers were around 37 (Microsoft, Google, etc). Hendrickson noted that corporate could do better if they talked more to their audience, asking questions and providing more customer service.

Network Score looks at the Klout score of each person who interacts with you to determine:

Klout identifies Twitter accounts as one in four different types of “tweeters”: casual, persona, climber, or connector. Check out Klout.com and run your own profile to get more in-depth descriptions of what each of those mean in klout-speak.

He told the audience that Tim O’Reilly’s Twitter account (@TimOReilly) has a much higher Twitter score than O’Reilly (@OReillyMedia). This isn’t to say you shouldn’t have a corporate account, but you should certainly have both.

So, are you following us on Twitter yet? We’re there at @Mequoda and we tweeted the crap out of TOC, so check out our tweets, and also check out the #toccon Twitter feed from the conference to catch up on all the talk that went on.

Also, what do you think about this Twitter grading business? What do you measure?

I was also in this presentation and I thought it was a complete waste of time. Firstly because the presenter stated “don’t just send out links” and “don’t mention yourself”, but a quick trip to the o’Reilly Media twitter page showed mostly ‘broadcasts’ and using Wordle you could see the words ‘Oreillymedia’ everywhere.

He almost exclusively used klout.com to measure an account’s success. As if just one equation and a numeric value can prove your success.

In my opinion he completely missed the main points of Twitter…

1. That as a marketer with the use of hash tags you can reach far beyond your followers.

2. Is anyone reading what you’re putting out? If you’re trying to get actions isn’t far important that your links are clicked and (he didn’t mention this at all), they’re clicked by the right people. Were you polling people, did people enter? If not Twitter hasn’t helped, even if 1000 people clicked through. Are you trying to sign a book? Did you get the author through twitter? Yes, GREAT. If not then perhaps your author’s aren’t on there and it is of no value to you.

3. Listen, then react, because engagement doesn’t scale, so you can’t talk to all your users all the time.