When I was speaking at a meeting about social media strategy last week, I found that Twitter lists were one of the hardest things to explain. So, figuring that if it’s hard for me to explain, then it may be a little hard to understand. So I’m busting it all out. Here’s the breakdown.

For example, perhaps you are USA Today and you want to make a list of all of your staff. This is what that list page looks like. It’s basically a feed of Tweets only from their staff. On the left, the “members” are the people included in the list (their staff) and on the right is the number of people subscribed to the list. In other words, if I wanted to follow along with everything their staff posted, I might follow this list. Chicago Tribune, notoriously good at social media, has a staff list too. 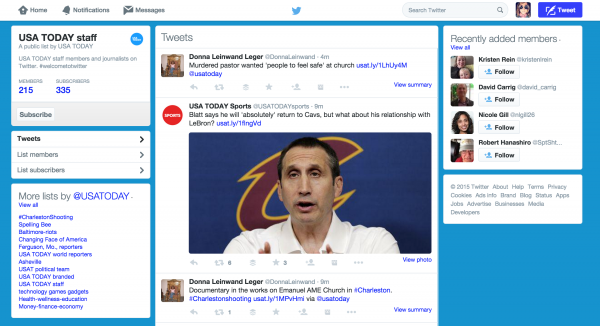 Another way USA Today is using Twitter lists, is by organizing news around a hashtag. For example, after the recent shooting in Charleston, they put together a list called #CharlestonShooting. This list included the major journalists and local news outlets covering the event. 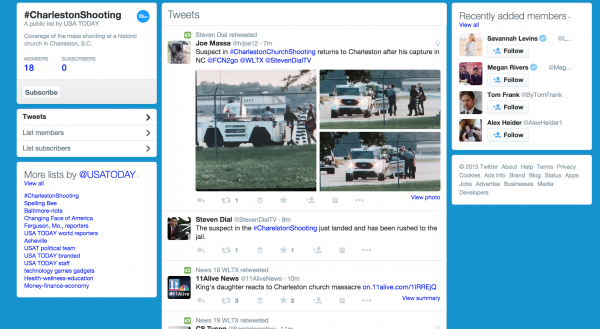 And in a completely different direction, OK Magazine has a list of reality TV stars. When their followers are looking for all of their favorite stars on Twitter, they can simply pop in to OK Magazine’s list as a resource to find them quickly. 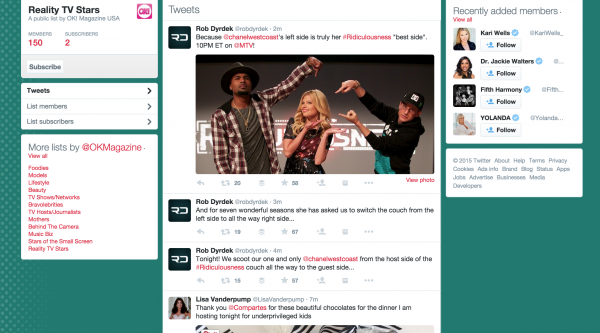 TEDx has a list of their Summit attendees (a list we’ve used here at Mequoda before too!)

Here are the types of lists we’ve put together at Mequoda: 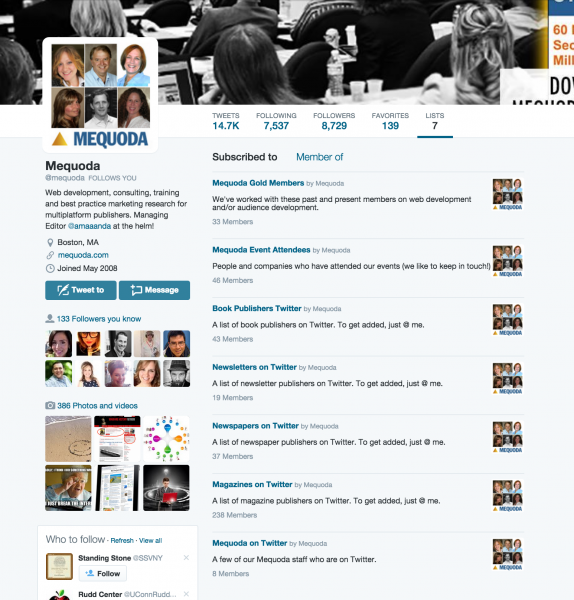 This article was originally published in 2011 and has been updated.

Thanks, Amanda. I found this page with a Google search for “how to search for lists on twitter”. I’ll be checking Listorious as soon as I leave here. I couldn’t see any way to search Twitter directly using any of their tools.

I founf this to be extremelly helpful,thanks!