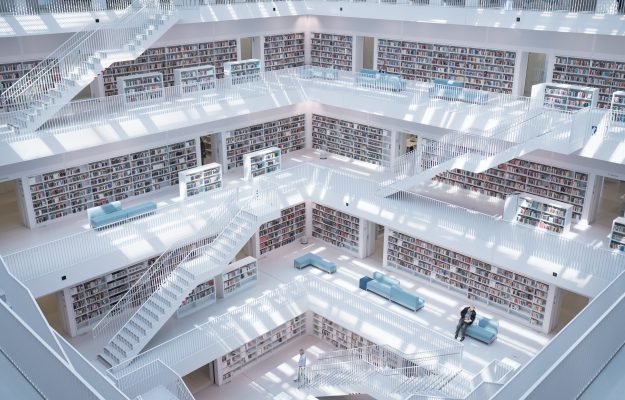 It strikes me as somewhat ironic that the word magazine which simply means storehouse, is becoming more true than ever as magazines go digital and digital magazine libraries make it easier than ever to be a genuine storehouse.

Printed magazines have always been a storehouse of curated work from multiple authors brought together by editors and other artisans to create packages of content that would appeal to readers interested in a certain topic or topics. Nathan Heller of the New York Times interviewed a neurologist with a collection of over 83,000 magazine issues going back to the days when Paul Revere was an unknown illustrator. “It’s notable that what made magazines appealing in 1720 is the same thing that made them appealing in 1920 and in 2020: a blend of iconoclasm and authority, novelty and continuity, marketability and creativity, social engagement and personal voice.” If it happened in the last 200 years, it’s in the pages of a magazine.

While Gutenburg invented the printing press in 1440, it took over 200 years for German theologian and poet Johann Rist to create what is considered one of the first examples of a magazine, called Erbauliche Monaths-Unterredungen (“Edifying Monthly Discussions”). The next magazine took another ten years.

The 1700’s is where magazines really came into vogue, and that’s when the term “magazine” was invented in 1731 by Englishman Edward Cave, when he called his periodical The Gentleman’s Magazine. The term “magazine” came from the Arabic word makhazin, which in English, means storehouse. 1741 is when the first American magazine was published, called American Magazine. Benjamin Franklin published the second American magazine three days later, called General Magazine. In those days, magazines were only for the rich.

Magazines went another 100 years before illustrations were introduced in 1842 and the prices started coming down so that they were able to be read by the masses and not just the wealthy. In fact, in 1898, Ladies’ Home Journal was the first American magazine to reach 1 million subscribers. Magazines steamrolled ahead after that, booming in the 1900’s, mostly sold on newsstands until publishers started selling by subscription and home delivery.

Fast-forward to the 2000s and just about everything has changed for magazines. Magazines went hundreds of years simply being text, then illustrations and photos on paper. Now, no paper is needed at all, and the environment is surely grateful for that. The worldwide pandemic certainly pushed the needle on the consumption of digital goods as well, while people were too afraid to open their mailboxes and wiped down their mail for months.

Moving into the age of digital magazine publishing

All of the digital magazine publishing systems that we’ve built from scratch include every issue, every book, every blog post, every freebie and other content tidbits that have ever been published under the brand at a website that serves as a storehouse or digital magazine library. The process of going from simple storehouse to digital magazine library involves curation and the use of sophisticated yet easy-to-follow website architecture. Our goal is simply to make sure that every content unit that is produced can be accessed by the consumer in multiple ways for multiple purposes.

A content unit may originally appear as part of a magazine issue that has been themed around a particular topic. That same article can be reused as a book chapter, and go on to inspire both blog posts and social media mentions. Those blog posts can be aggregated to form freebies or guidebooks that can serve as a way to introduce new consumers to the brand.

The modern digital magazine serves the same purpose as its legacy print cousin, but like most things powered by modern technology, can do so much more. Not only can the content be repurposed in multiple frameworks, but that content is accessible 24/7 – 365 days per year on a myriad of electronic devices including computers, tablets, and phones. And perhaps most astonishing, those content units are available to a worldwide audience as long as they have a device capable of accessing the World Wide Web.

We are entering a new golden age of magazine publishing that is powered by the same principles we’ve used to edit and deliver current magazines for centuries. All of those principles can now be amplified by technology and a process that is totally clean in terms of its environmental impact.

Let’s dare to imagine the 2100’s. What do you expect to see in the world of digital magazine publishing and digital magazine libraries over the next 100 years? Let’s discuss in the comments below.