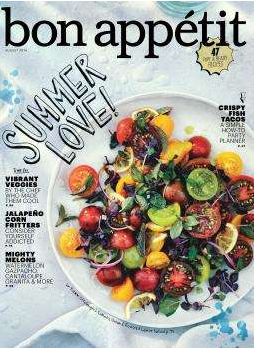 Condé Nast is bringing property Epicurious.com under the control of Bon Appétit magazine, one of its leading titles.

Ad Age reports that the publisher is hoping the combined audiences will more strongly appeal to advertisers. Pamela Drucker Mann will oversee the operation, while Epicurious.com GM Carolyn Kremins will leave Condé Nast. Bon Appétit Editor-in-Chief Adam Rapoport will handle all editorial, and Epicurious.com Editor-in-Chief Nilou Motamed will report to him.

“The sites will each continue to exist on their own, with separate branding and voice,” Michael Sebastian writes.

Epicurious recently announced a partnership with Swirl Networks, which operates mobile beacons powered by Bluetooth Smart and Apple iBeacon in retail stores, as reported by Media Post. The partnership allows brands to deliver content to shoppers with the Epicurious app.