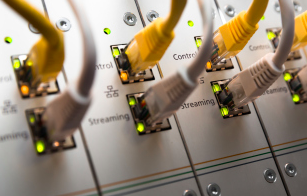 As we wait for another round of voting in mid-July, Digiday considered the publishing implications of the FCC’s decision last week to officially consider Chair Tom Wheeler’s proposed new rules on Net neutrality.

The most significant change would be the much-publicized “fast lanes,” which would enable companies to pony up for speedier service from ISPs, allowing more seamless access to their programming, content, and service. This is an emerging model that would be granted free reign if the FCC were to protect “paid prioritization.”

But there are some publishers, platforms, and other outlets that would argue – and, in the case of Netflix’s skirmish with Comcast, have argued – they would be, in effect, shaken down for better service.

The other – and potentially more significant – issue is that smaller companies and startups would be marginalized, if not cut off at the knees, should the wealthiest and more established run rampant across the World Wide Web, buying their way to a cornered market.

In fact, there seems to be some intellectual dishonesty floating around on the part of analysts and advocates of paid prioritization, who take the position that the “market” of the web should be allowed to operate without “regulation.” Many believe that’s exactly what has been happening online for decades now, and that the FCC’s current doings would make for a manipulation of said market.

Most publishers would align themselves in that camp, as do the likes of Meetup, Amazon, Facebook, Google, LinkedIn, and Yahoo, all of who, Digiday pointed out, sent a letter of opposition to Wheeler’s proposal.

Meanwhile, Forrester Research’s Ted Schadler – ostensibly a proponent of Wheeler’s recommendations – offered up this deep, original, and well-considered insight: “All is fair in love and markets. That’s how this country works. Wheeler doesn’t want to create barriers to entry, but he wants to allow the market to operate.”

To read more about Net neutrality and publishing, visit Digiday.