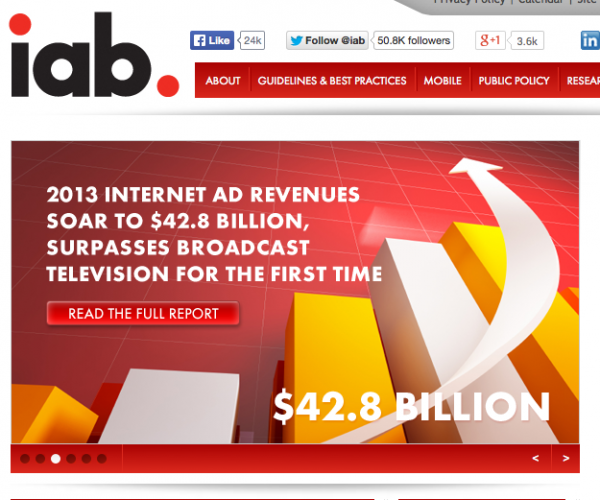 Digital advertising revenue in 2013 was higher than broadcasting for the first time, according to the Interactive Advertising Bureau.

Internet ads brought in a record $42.8 billion, with the fourth quarter’s $12.1 billion representing a 17% increase year over year, the same percentage by which overall revenue improved. TV ended the fiscal year at $40.1 billion.

“The news that interactive has outperformed broadcast television should come as no surprise,” said Randall Rothenberg, IAB’s president and CEO. “It speaks to the power that digital screens have in reaching and engaging audiences. In that same vein, the staggering growth of mobile is clearly a direct response to how smaller digital screens play an integral role in consumers’ lives throughout the day, as well as their critical importance to cross-screen experiences.”

Other key findings from the IAB report: