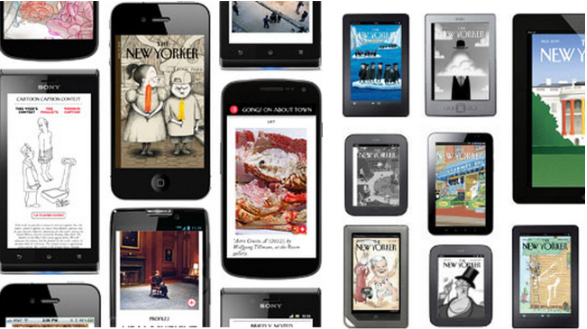 It wasn’t long ago that The New Yorker‘s website was an afterthought, lost in the long shadow of its weekly print issue.

But Digiday recently examined the venerable magazine’s digital renaissance. Under the stewardship of former Wired editor Nicholas Thompson, NewYorker.com – with as many as 18 posts per day – has seen its monthly visitors climb to 10 million, while averaging 3 million unique visits in 2013.

“For a long time, the website was a place where the magazine’s stories were supposed to be presented and read in a digital format. But it wasn’t a place with its own particularly high ambitions,” said Thompson, who stressed to Digiday that the goal is still to convert visitors into subscribers. “What makes us money is taking someone who’s never read The New Yorker, showing them what it is, and convincing them that it’s such a great thing that they have to subscribe and read everything.”

The New Yorker‘s digital strategy is three-pronged: utilize as many platforms as possible, maximize mobile potential, and invest in video. All of this while maintaining the magazine’s hard-earned brand and – since NewYorker.com just started handling its own ads in 2011 – catching up with the wants and needs of advertisers.