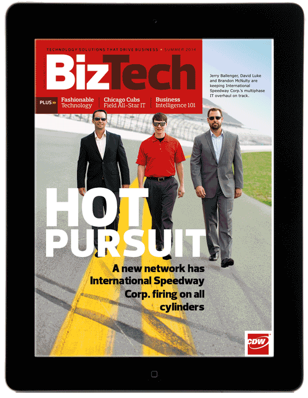 Of CDW’s four magazines – BizTech, FedTech, StateTech, and EdTech – only BizTech (the newest title) is currently available through the app.

“I think it works just fine, and would be a good model for B2B publishers who want to produce a native tablet edition, but don’t want their art directors coming up with completely new designs, or spending as much time producing the Apple Newsstand version as they do on their print editions,” D.B. Hebbard writes.

“The digital edition of BizTech also has a few interactive features that show off how a digital magazine can convey information more effectively than print such as the animation for ‘6 Ways That Digital Dictation Pays Off.’ These types of animated features are easily created for the web.”