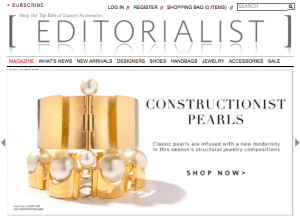 Multiplatform publishing is about harnessing the power of many viable channels. Although the trend over the last few years has been about print publishers turning into digital publishers, some digital lifestyle brands are going the opposite direction by launching print products.

Women’s Wear Daily reports that The Editorialist, an e-commerce company that sells luxury accessories, is launching its second print issue.

Kate Davidson Hudson, co-founder of The Editorialist, stated, “We’ve found print rounds out our omnichannel approach and speaks to a wider cross-section of people who may not be conditioned to consume their media in an exclusively digital environment.”

In addition to the launch of the second print issue, the sixth digital edition is launching, and the website has been redesigned, too.

Read more about The Editorialist’s multiplatform strategy at WWD.com.