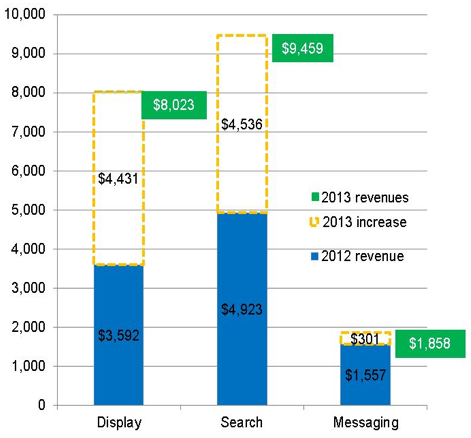 Total mobile ad spending nearly doubled in 2013 to $19.3 billion globally, indicating that the gap between traffic migration and monetization might be narrowing, Folio: reports.

According to the Interactive Advertising Bureau, the overall rate of growth for mobile ad revenue is 92%.

“Mobile display advertising is the fastest-growing segment, up 123%, which could be good news for publishers. Mobile search advertising and messaging rose 92% and 19%, respectively,” Michael Rondon writes.

To read more about the narrowing of the mobile gap, visit Folio:.