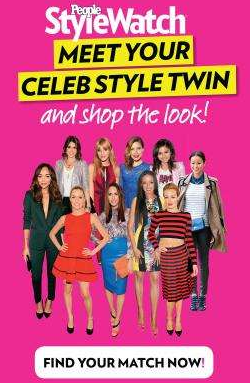 Time Inc.’s People StyleWatch hit it big with an eight-question quiz matching readers with their “celeb style twin,” as it was instrumental in generating 203 ad pages for the magazine’s September print issue – its largest ever for that month.

The record was set in large part because advertisers were included in the quiz based on whether they had purchased ads for the print issue, Ad Age reports. In turn, the feature has generated questions about whether it’s editorial or advertising, as links were provided within the content allowing readers to make purchases (something BuzzFeed, for instance, doesn’t do with its quizzes).

“About 25% of the 600 products featured in the quiz were selected by editors and appear in the magazine’s September issue, according to a spokeswoman for StyleWatch. … The rest come from more than 25 brands that advertised in the September issue of the magazine, including Reebook, Guess and L’Oreal,” writes Michael Sebastian. “Items selected by editors will be indicated with a color bubble that says ‘Edit Pick,’ the StyleWatch spokeswoman said in an email. There’s nothing in the quiz to denote the remaining items are from advertisers.”

Said People StyleWatch Publisher Stephanie Sladkus: “Advertisers continue to want to be seamlessly integrated into editorial and this does this for them. … Readers today better understand the integration of advertising and editorial.”