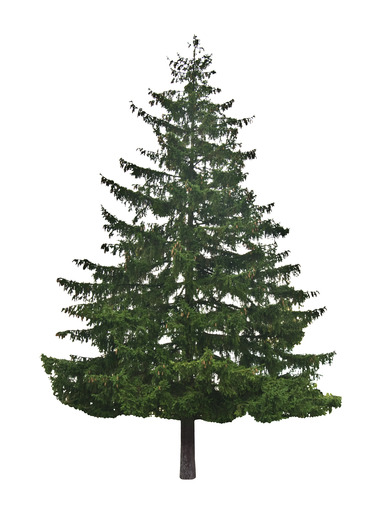 The term evergreen is quite literal when it comes to botany, when it’s referring to any plant that stays green all year long, in any climate. Forever. It’s ever green.

Conifers, like pine trees, are evergreen. No matter whether it’s snowing, or if you’re in the middle of a four year drought, the needles on a pine tree stay green. Most trees in the rainforest are considered evergreen trees too, because even though they shed leaves, they do it slowly, and the tree is always full of new growth in its place.

On the other hand, Deciduous trees are not evergreen because they shed their leaves when it gets cold and look different depending on the time of year. At some points, they have no leaves, other times they have green leaves, and on other occasions they might have red, orange, or yellow leaves.

Evergreen content is no different than a conifer. It doesn’t expire. You could write it today and promote it in five years, and the content would rarely need to be updated.

Deciduous content, like news content or articles with headlines that ride the coattails of recent news events, known as newsjacking, do expire. Depending on the day of the year, or the season, the content isn’t relevant and may very well be incorrect.

Plenty of publishers do both, and they do it well. Our pals at Farm Progress report on news in agriculture, and they do a great job of newsjacking and creating abundant deciduous content. But they also get SEO, and when they can, they create evergreen content too. You also have the folks at Metro Parent, who will publish the local news their Detroit readers want, like Family Fun Things to Do This Weekend in Southeast Michigan, and then follow up with an evergreen post like Etiquette 101: Visiting a Science Center with Kids.

On the other side of the spectrum, we have publishers with evergreen topics, like food and gardening, who can easily create evergreen content, and make exceptions for the occasional deciduous post for the sake of virality.

Publisher’s have slowly been adopting evergreen content as gold, because it’s frustrating to find out that your top 100 blockbuster posts that drive 65% of your traffic, are all outdated and you can’t even update them because you don’t have permission from the commissioned writer to do so. Instead, they’re replacing them with content that can last twenty years and securing their future by optimizing them for ideal search terms.

Rainwater Harvesting Methods to Manage Stormwater is an article written by Forester Media’s ForesterNetwork, which could have easily been titled as deciduous content, but has instead been published as an article that can be read at any time, now or in a few years from now.

Great Home Automation Ideas for Beginners is another article from a publisher (Electronic House) who could exclusively focus on new and upcoming home electronic products, but is successfully bridging with creating evergreen content.

Famous Navy Ships: The Hydrofoil Boat is published by Warfare History Network, who has a great niche for evergreen content, but they also balance with some newsy content, like Game Reviews: Brother Against Brother: The Drawing of the Sword. 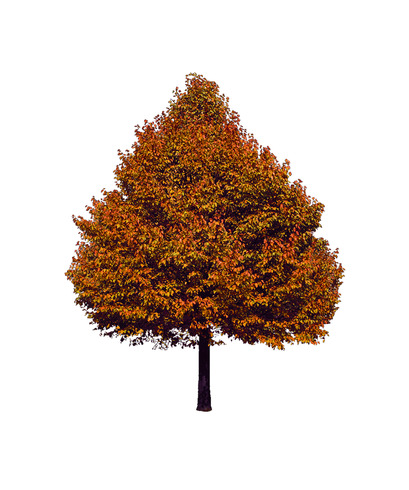 News organizations are the deciduous trees of content, which is great because their readers come for their leaves in any season. Where deciduous content can go wrong is when magazine publishers write evergreen content, then use newsjacking to write catchy headlines that do well in social media and email, but expire quickly in the long term. Then, if the publisher wants to save the content, they end up a year later, retitling and editing the content, and redirecting URLs to something that doesn’t include something like, “how-george-bush-won-the-election-can-teach-you-how-to-be-a-better-golfer.” Here are a few publishers who publish news, but are also savvy enough to blend in evergreen content for the long term.

Five Things The Gulf Oil Spill Has Taught Us About the Ocean is a news post from Smithsonian Magazine, which, referring to the 2010 Deepwater Horizon oil spill, is historical enough to publish now, but is not evergreen. On the other hand, they do tap into other evergreen topics, like the History of Chocolate.

Business As Usual on Everest Must Change is one news post from a publisher you might assume to be exclusively evergreen: Outside. This magazine focuses mostly on outdoor sports, like camping, biking and everything else that gets your hands dirty, but they do squeeze in a ton of deciduous content between news posts like How to Survive a Black Bear Attack and The World’s Best Outdoor Massages.

8 Recently Discovered Pre-Diabetic Symptoms You Can Identify Yourself could be considered a deciduous post because it relies on “recently” and current studies, but the Natural Health Advisory team has no trouble loading up plenty of evergreen content, like Cinnamon and Diabetes  and Benefits of Taking Zinc for Diabetes.

The key to publishing content is having a mix of both, but creating an abundance of evergreen content is the key to a long-term SEO strategy.