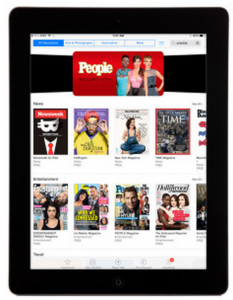 In a harsh but honest review from Talking New Media, D.B. Hebbard says that the Apple Newsstand is starting to look like a “dumpster.”

His claim is that they’re not paying enough attention to the quality of the content so it’s getting harder and harder to find the magazines you want. This isn’t unlike the basic app store, where many apps can have almost identical names, and apps themselves can be nearly identical but still be included – making the user experience not user friendly. Not to say anyone is doing better than Apple, but we all know everybody holds them to higher standards.

Hebbard also says that the app store team has stopped maintaining the categories, even the “new” category, listing them in alphabetical order instead. Hebbard  jokes that, “if you are thinking of launching a new digital magazine you might consider calling it Aaron’s Magazine, it will be forever front and center.”

Read the rest of Hebbard’s rant on Talking New Media.