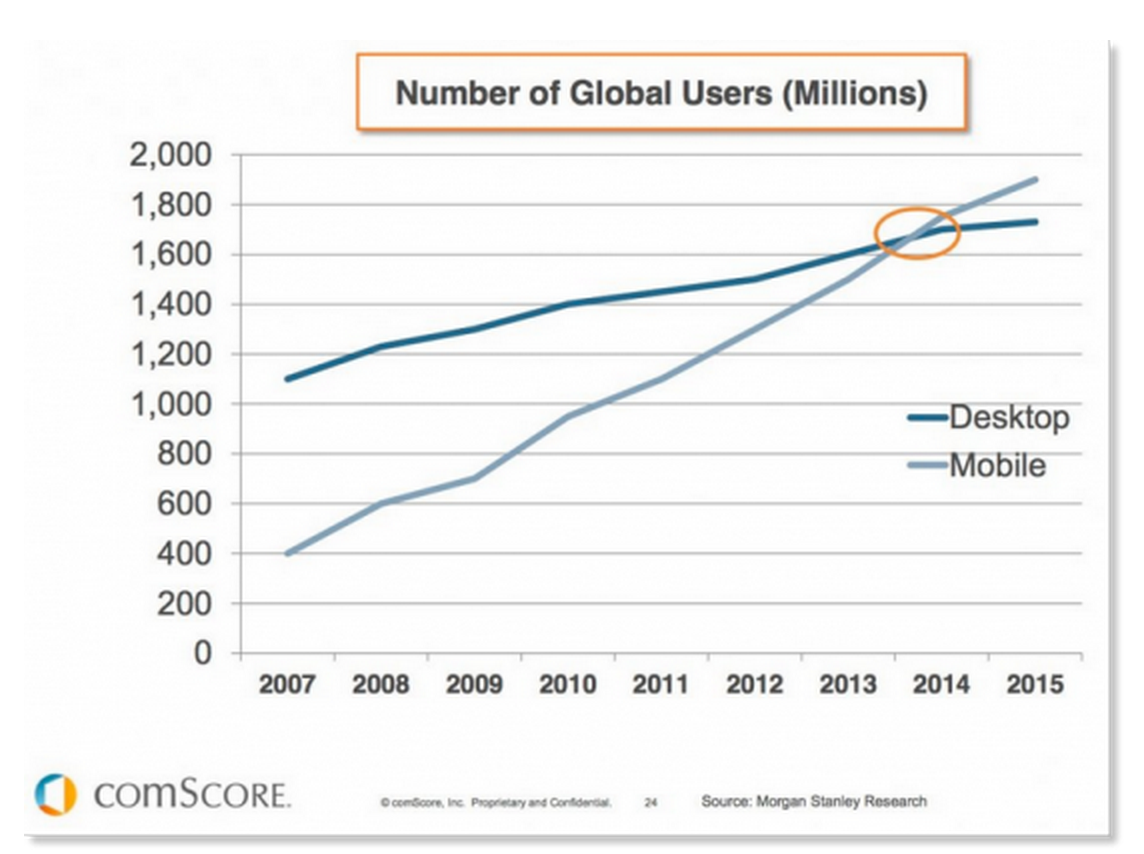 With apps, mobile has overtaken desktop in total Internet usage, but not in web browsing 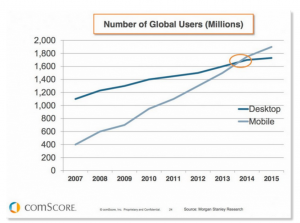 According to one report, “By the end of 2015, the number of Internet users worldwide will have soared up to 3 billion meaning 42.% of the world population will be connected, a massive increase from 17.6% in 2006.″

Smartphone Internet use alone is outpacing PCs, while last year marked the first time that apps in and of themselves did the same. On the other hand, Flurry Analytics – using data from both comScore and NetMarketShare – released a study in April that shows mobile web browsing time in 2014 was down 6% from 2013. But mobile app time is up 6% over that same span – not a surprise when there are so many apps now that deliver the content people seek without even needing to browse.

Across several reports, you’ll find that apps account for 82-89% of total mobile activity, which does not include browser activity. Although it does include browsing-capable apps like Facebook which account for about 18% according to Flurry Analytics.

Another interesting stat from Monetate’s Q4 2014 Ecommerce Quarterly report is that while desktops and tablets have similar sales conversion rates, Smartphones are much lower. Does this show a preference for people to buy on their desktops, or are orderflows and sites just not responsive to smaller mobile devices yet?

The Importance of this Information

For publishers, this means a few things:

First, there is an inherent need to optimize your website for mobile devices, particularly for app access, or have a version of your site that is designed specifically for mobile device users. This may be a lighter version of your current site, with appropriately sized images and text, as well as features like swiping and scrolling for smartphones.

Second, for tablet devices, publishers must embrace the inherent multimedia and interactive capabilities. Digital magazines did not take off on desktops because they didn’t feel or act like traditional print magazines. The tablet can create the feeling and experience that digital magazines need to survive in the digital age.

Third, publishers would be wise to emphasize sharing rather than searching. More and more, consumers are not coming to your mobile site from search engines, but from social media.

Most of all, bear in mind that a multiplatform approach continues to be the best bet. According to comScore, almost 60% of the digital media audience in the United States visits the web via a combination of devices and “screens.” This enables publishers to hybridize content, design, formatting, and features – and gives you even more flexibility as you adapt to a changing landscape.

This post was originally published in 2011 and has been continually updated.