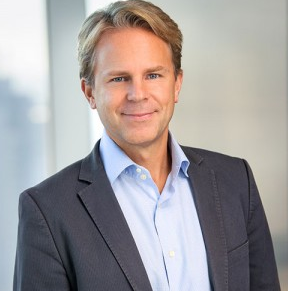 In its effort to establish a “Web-friendly, mainstream digital presence,” Bloomberg Media is making significant hires and building digital properties at a breakneck pace.

Digiday reports that visionary CEO Justin Smith – himself hired away from Atlantic Media – has recently signed Joshua Topolsky, co-founder of Vox Media and editor of The Verge, to serve as digital editor and content officer. This comes on the heels of former Westwood One CEO and Time Inc. executive Paul Caine’s June hiring.

“Topolsky’s hire checks all the boxes for Bloomberg. At Vox, he helped build a successful media organization from the ground up, setting the course for its video ambitions and making The Verge one of the more popular tech sites on the Web. And all of that makes him a valuable asset to Bloomberg LP, which is trying to accomplish essentially the same goals with its own media operation,” Ricardo Bilton writes.

“You’d be shocked by the similarities,” Topolsky tells Digiday. “Bloomberg Media is very entrepreneurial, very startup-like. It feels like a young, hungry brand that wants to build something impressive and new.”

Bloomberg Media’s challenges go beyond flat traffic: the digital arm of one of the world’s most impressive business news and analysis companies must find its stride within the corporate culture.

To read more about the Bloomberg digital approach, visit Digiday.