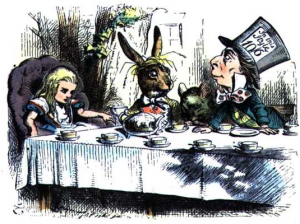 Editorial Strategy: User perceptions can often be altered with a simple change in language. A handbook by any other name…

If you’re a publisher, answer this simple question:

What’s more valuable to customer, a book or a handbook?

We heard this anecdote at a recent industry conference and it struck a responsive chord.

According to one experienced publisher, their printed product, though chock full of valuable information, wasn’t selling well when it was positioned as a book.

Something about a simple book on this topic seemed to lack gravitas in the minds of consumers.

But when the publisher renamed and repositioned the exact same content as a handbook, the volume flew off the shelves and into the libraries of enthusiastic, grateful customers. In fact, it became one of their best-selling products.

A handbook is an essential reference manual. A mere book can be perceived as being of significantly less importance and dollar value.

Books can cost up to $30. Handbooks and reference manuals can cost hundreds of dollars.

March Hare: …Then you should say what you mean.

Mad Hatter: Not the same thing a bit! Why, you might just as well say that, ‘I see what I eat’ is the same as ‘I eat what I see’!

— from Alice’s Adventures in Wonderland by Lewis Carroll

What a difference a word or two can make

If you sell information products of any kind, you might want to reconsider how you position them in the marketplace, and how you create titles for them.

Webinars sounds faddish. Webinars are perceived as being free. Webinars usually have online advertisers. How large a fee can you charge for a webinar?

But if you call the same information an audio conference or an online seminar, the general perception by customers is that your content is of greater value. Audio conferences and online seminars are seldom conducted without collecting registration fees.

Similarly, video training is perceived as being less valuable than simply training or online training — even when it is delivered in a video or visual format.

Video seems to equate to television, and traditionally for Baby Boomers, up until the mid-1970’s, television was free. Much of it still is free.

Assuming your information product has content of genuine value to the customer, which words would you chose to describe it?

And yes, in case you noticed, we now have some name reassignment to do ourselves!

Can you charge more for your premium content if you repackage it as a product with greater gravitas or perceived value?

What a simple yet effective idea. Not sure how you could call it other than a video. Maybe “One-on-one video coaching” or “video handbook” also sounds good.

Yes and thanks for stating whatI have felt to be true. People do pay big bucks for workbooks and seminar handbooks. I have written four e-books on various small business development topics and am in the process of weaving them together into one flagship workbook or handbook. It will be filled with all the wonderful processes I have developed from 20 plus years working with people and helping self employed people learn business skills. It is really going to be a seminar in a book and I don’t want to give it away. I do give away a lot on my website already but this book will be an amazing tool.

I have also learned that if it is printed on larger size paper and spiral bound it looks like a workbook and is easier to open flat and write on the pages.

Now I am in the process of figuring out a good name. I would love to see your comments on book titles.

If you want to create a good book title, do some keyword research at Google. Find out what words people are using to search for your niche topic, then create a book title that incorporates those keywords. That way, when your book is for sale online, you’re more likely to be found by potential customers doing a Google search.