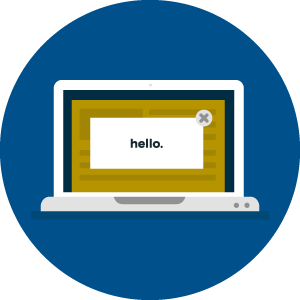 Before any Mequoda client will build a subscription website, they first identify the most fundamental content their users will digest

At Mequoda, we talk a lot about your minimum information unit, and that’s because you should never build a subscription website without identifying what yours is, and how many you have.

A minimum information unit, or MIU, is the smallest piece of a publisher’s content that tells a complete story. It could be an article, blog post, record, profile, review, book chapter, report, document, lesson, recipe, or episode. The MIU depends on where a publisher’s content originates. If the publisher creates sewing patterns, the pattern would be that company’s MIU. All other content derives from the MIU. A magazine publisher’s MIU is an article, which could then be turned into a post or multiple posts. Multiple articles could also be compiled into free reports or books, and so on.

The MIU’s importance in content marketing is undeniable: It’s the piece of content you can use to recycle into a book chapter, slide deck, a Portal post that Mequoda clients optimize to drive website traffic, or even the free e-book that our clients give away to visitors in exchange for capturing an email address.

The MIU is the golden egg of a publisher’s business, and it must be delivered to consumers in a way that’s simple, functional, and convenient for users – and one that drives revenues and satisfies the publisher’s business goals. That’s why it’s one of the most distinguishing characteristics we review when defining a website business model.

The MIU is the basic determinant of your online revenue model. Of course, if you have more than one type of MIU, you can build a subscription website for each.

Tucked away in the hallowed halls of Harvard University is a university consortium formed by faculty, students, and staff from Harvard University, the Massachusetts Institute of Technology, and Tufts University, and dedicated to developing the theory and practice of negotiation and dispute resolution.

Founded in 1983, the Program on Negotiation’s primary revenue stream had always been generated by its live, in-person professional training events. PON operated in a highly competitive niche, where numerous for-profit and nonprofit organizations competed for the attention of the business community.

The 2009 recession hit PON hard, and with no web strategy and only direct mail as a marketing strategy, event attendance and revenues declined, even as PON reduced the number of events in an effort to increase attendance.

A new marketing director arrived in 2011 and promptly launched a rebirth of the program via the Mequoda Method. Today, PON has increased its revenues by 63%, maxed out attendance at 12 of its 14 programs, and even launched a new advanced course – in short, a complete reversal of the trend that had begun in 2009. All of its metrics have increased by two and three figures, and a new high-value international audience has been established.

Now that PON has multiple MIUs, they have a website for each. They now have a newsletter, event and retail website, because the program publishes a newsletter, hosts numerous events, and sells books and training materials.

In the B2C space, nobody has more MIUs than America’s Test Kitchen.

If you’re one of the country’s millions of cooking aficionados, you’ve certainly heard of Cook’s Illustrated magazine. And it’s just one of many products, generating millions in revenues, that have been spun out of what was once a modest little print magazine called Cook’s that launched in 1980 and actually suffered discontinuation nine years later after sale to mighty Condé Nast.

The magazine itself was revived by its founder and editor, Christopher Kimball, now departed from the company, and has always boasted a growth rate substantially higher than the general category of cooking magazines – itself a giant among consumer magazines.

Today, the company has used the Mequoda Method to create a media empire that now includes separate websites, business models, and MIU’s for:

The MIU dictates your choice when choosing a subscription website model

Magazines, with shorter articles, require many authors to publish, while newsletters require only a few, or even one, to generate longer research-driven pieces. Readers browse through magazine and newsletter articles, rather than search, and of course, because the focus in those publications is on the latest issue, the homepage is organized around what’s new.

Similarly, for a web portal, posts must be published frequently to keep readers engaged (that being one of the purposes of a portal in the Mequoda world). User comments are encouraged in order to engage readers and to please Google and thereby drive traffic (another purpose of the portal), so user-generated content is moderate to high; it takes quite a few authors to generate enough posts to publish every day, and users are accustomed to searching for something of interest among all those posts.

At the same time, if your MIU is a lesson or course, it’s just not feasible to publish new content frequently, nor will you have a great deal of user-generated content. For a retail site, you’d best be posting new products quite frequently, and it takes quite a few “authors” to post all those products.

In short, everything you do at your website depends on your MIU. So the only remaining question for new online publishers seeking the best subscription business model is, “What is my MIU?”  Think about it for your own publishing business, and tell us what’s your answer.