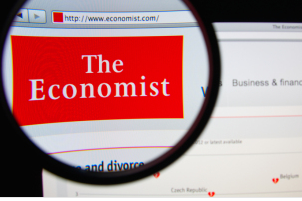 In the weeks leading up to its Publishing Summit Europe, Digiday interviewed Audra Martin, vice president of advertising at The Economist Group in London, to learn more about the staunch legacy magazine’s modernizing efforts.

What follows are some highlights from the exchange.

On going digital: “We expanded that online content a couple of years ago. We doubled the amount of content we were producing a week to between 150 and 200 pieces across everything. What digital has allowed us to do is to convene audiences who are interested in specific areas: people who are interested specifically in what’s going on in Eastern Europe or Southeast Asia or more specifically in the technology space.”

On content marketing: “A couple of years ago, we also introduced a separate white label team completely separate from our Economist editorial team who also could create branded content that could sit either within our environment labeled sponsored content or also sit within our client’s environment, and we’ve had clients interested in both of those opportunities. About three and a half years ago, we launched Ideas, People, Media out of the U.S., and now it’s expanded into other parts of the world. It’s a very small publisher network of other publishers who have similar audience stats; they’re in our ad network. And we also acquired a PR agency called TVC. And that was to make sure we have a full portfolio of capabilities that we can bring to clients in terms of the services that we can offer them.”

On social media: “We do a lot of maps and explainers that seem to get a good response. This is content that’s gotten a good response on our own site. We have a blog that we launched last year called ‘The Economist Explains,’ which every weekday we talk about a question and explain the answer in four paragraphs, keeping it short and sweet to give you something clever that you can take away. And that type of explainer content seems to work really well in the social space. Whenever we can bring that type of short, sweet, informative but almost a little evergreen information to readers, I think that’s been pretty popular.”

To read more about The Economist’s modernization, visit Digiday.