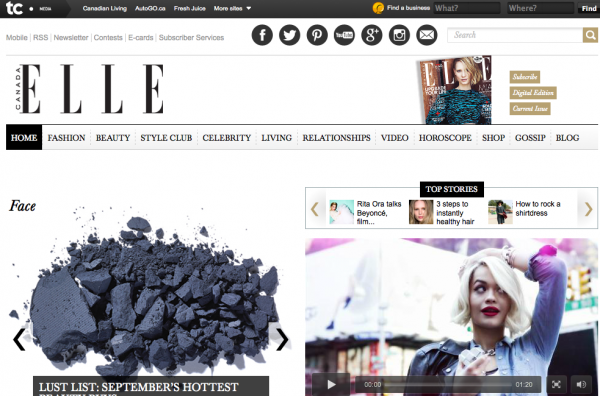 Elle Canada is partnering with retailer Hudson’s Bay to allow its readers to shop by way of video on their mobile devices, Women’s Wear Daily reports.

The video series launched earlier this week and features model Pamela Bernier and branded content for Hudson’s Bay, available via ElleCanada.com, the magazine’s iPad edition, or through its mobile app.

“We provided the fashion storytelling and styling and they delivered with the e-commerce side of the equation. #ShopYourMood is really an example of the modern shopping guide – we’re just closing the loop between fantasy and shopping for our readers.”

To read more about the Canadian Elle partnering with Hudson’s Bay on ecommerce and video, visit Women’s Wear Daily.