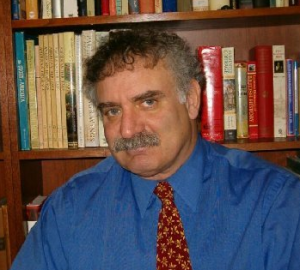 Bo Sacks loves magazines. He was a publisher at 18. In his career he’s had just about every job in publishing – he’s been a publisher, editor, writer/journalist, director of circulation, you name it. He now says “ink on paper” is important, but so is the distribution of information.

He says the future is already here, it’s just not widely distributed. “Magazines are not changing. How the content is received is. Don’t stop printing magazines; get comfortable with digital”, says Sacks.

While there is no “magic bullet”, Sacks claims that there are certain procedures and thoughts old media can listen to in order to pave the way back to profitability.

Here are a few headlines he’s pulled from the press:

The myth is finally busted, says Sacks. “It’s not the substrate that counts, but rather the relationship between the publisher and the reader that really matters. We call it branding.”

His company predicts that in 25 years, only 15% of paper-based media will exist.

What does this mean? Shift happens.

Sacks says that we are in the information distribution business formerly known as publishing. The key to our success in the future is to embrace the new technology, specifically the e-reader technology.

In thinking about all this change…

Sacks spent a lot of time discussing all the recent advancement of portable e-readers from companies like Sony and Fujitsu. There are tons of products out there today. He talked about Hearst’s recent announcement of a newspaper e-reader and the likelihood that they’ll eventually release a magazine e-reader.

His main point is that the next generation of whatever device that comes out will be continuously less expensive, and will be building on success of the Kindle, the iPhone and Netbooks. He referred to the anticipated “iPod touch supersize” as a game-changer.

Sacks predicts that the new generation of e-paper readers that enter the market over next 4 years will dramatically change and improve digital magazines.

Publishers have an irrational fear of digital

Sacks reminded the room that all publishing leaders should make every attempt to learn new languages of communication. “if you don’t practice new technology, you won’t be able to manage it.”

Print is not dead.

That is the wrong message. And the worst thing, says Sacks, is that it’s us that’s spreading it!

“It’s ridiculous”, and Sacks says he’s doing everything he can to squash that message.

Things are changing but print is not dead. Sacks explained that this is an era of great publishing expansion. Expansion of the written word, delivered to multiple methods, to various devices, one of which is paper.

August Home Publishing is a True Inspiration for Multi-Platform Publishers