Social media users are highly engaged – but if you want to master social media for magazines, you must approach each network differently

Most publishers we’ve talked to say social media isn’t a huge sales driver for them. Sure, they’ve made a few bucks here and there, but they’re not making Dell money or anything (Dell makes millions of dollars per year through Twitter alone).

However, social media is more often than not a huge traffic driver, and more importantly, an SEO-supporter. Every Tweet, reTweet, like, and comment is a social signal that tells Google you’re part of the cool club and that people like you.

The difference between social networks

I once read a Tweet that said, “I like to say that Twitter is like a bar, Facebook is your living room, and LinkedIn is the local chamber of commerce.” I don’t know the woman who wrote it, Brenda S. Stoltz from Ariad Partners, but the idea is so relatable that I couldn’t just try and make up my own version; I decided to elaborate instead. 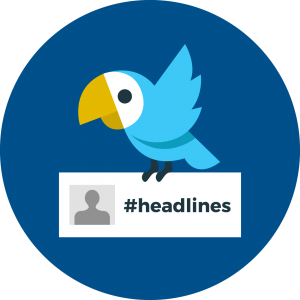 Twitter is the bar. You talk to everyone and anyone. You have a few too many and you’re telling people your life story. More importantly, other people are there, like you, to meet people and build new relationships. Some people talk too much and don’t listen, others listen well but might not talk as much. Either way, there’s a revolving captive audience and there are relationships developing in the bar. As a business, you should know that there’s a lot of chatter to keep up with, but so many different ways to become everyone’s best friend.

Facebook is indeed like your living room. You don’t invite everyone from the bar to your living room, however you might have hung out with a couple of your new bar friends at a more sobering place and have become comfortable with inviting them to your living room. When you’re a business on Facebook, you need to remember that you’re still kind of that bar person – the one they don’t necessarily invite into their living room. However, if you brought some good brownies (a sale) or beer (discounts) they might let you in to stay as long as you don’t creep out everyone else.

LinkedIn is sort of like the local chamber of commerce, however, I like to think of it more like a conference, too. Everyone on LinkedIn is on it for a professional reason, whether they’re looking for a job, trying to establish themselves as an expert in LinkedIn Answers, or build a bigger network. As businesses, we should recognize that the bulk of people on LinkedIn are business people and don’t go to LinkedIn to find deals like they do Twitter and Facebook. If you’re a B2B publisher, this is great news and makes your updates and group interactions very easy. If you’re a consumer magazine it just means your best efforts are likely spent elsewhere.

Pinterest is a like a baby shower, and that’s fairly accurate because 92% of pins on Pinterest are created or shared by women. This is where people come together to display their craft projects and recipes. Everybody ogles each other’s fun ideas and relentlessly shares them with one another.

YouTube is like a night out at karaoke. The person on stage is the star and you can’t look away even if you want to. YouTube videos offer instant authority, regardless of the quality of the video. In the same respect, you have to love a person who gets up to sing, regardless of whether they’re a Whitney Houston or a Rebecca Black. Song choice is what counts – everyone loves to sing along. The same goes for content – it’s what you say that matters.

Some … including me … might argue email is more personal than social media because an email gets delivered to your inbox, whereas you need to log into Facebook or Twitter to read a message or post. What can’t be argued is that email still drives the highest profits and typically “touches” the most number of people per promotion.

There was a time when publishers feared social media a little bit. And that’s not without merit, either. Savvy folks like m’self (if one can dub oneself savvy) often unsubscribe from emails and “like” a Facebook page instead. This isn’t the worst thing in the world, it just means that a subscriber wants to hear from you less often. And, as we all know, Facebook knows how to limit your exposure.

As you know, we always give away a free report or ebook in exchange for an email address. This makes building your email list in social media much, much easier and increases conversion rates.

Twitter: Every week we have “Free Report Friday.” We’ve even done “White Paper Wednesday” on our @Mequoda account, and we’d recommend you do the same. We’ve found that Twitter users convert to email subscribers 200% better than visitors from search.

Facebook: Create a custom landing page. Sound Mind Investing is an example of a publisher who has created a landing page on Facebook where people can subscribe to the email newsletter right there without ever leaving the site.

Linkedin: If you can get your editorial staff and anyone engaged in the production of your freemiums involved in promoting them, you’ll have a bigger network of people to promote them to! Your brand page can also be used for promotion. Linkedin also allows you to write blog posts, so why not create a short teaser post that links to a full freebie? 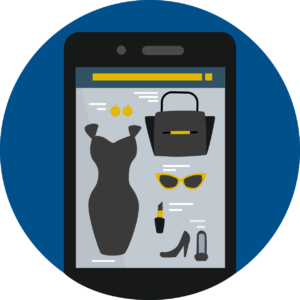 Pinterest: Our friends at FaveCrafts are circ-building geniuses on Pinterest. Then again, if any publisher was going to thrive on Pinterest, it would certainly be a craft publisher! Search “craft ebook” and you’ll get pages of pins of their ebooks, pinned by users everywhere. FaveCrafts has their own Pinterest account where they have a whole board dedicated to their ebooks.  Not all of their ebooks require an email to download, however they do all have a giant floater that pops up to capture their email address.

Instagram: A good strategy for Instagram may be that you promote a new freebie with a series of video tips posted every day, perhaps with a different editor for each day of the week, and include a call to click the link in your profile for viewers to access the freebie (that’s how you get clicks on Instagram). Just change the link every time you promote a new freebie and post a short URL in the description in case someone sees an old video later on but still wants to access the content.

Care to share any other interesting ways to collect email addresses through social media? We’d love to hear your success stories!