We’ve been writing about the pricing of website and digital and print magazine subscriptions a lot lately, which has lead us to dig up some intriguing themes. Of course, the word “intriguing” tends to mean different things to different people: In discussing our best practice of decoy pricing with a client who is a psychotherapist as well as a publisher, the client gasped, “But you’re manipulating the consumer!” 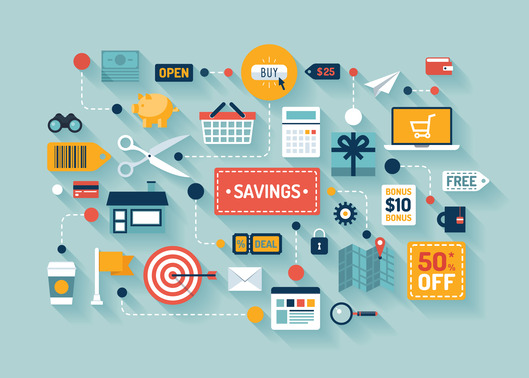 Every marketer should understand the rudiments of “manipulating the consumer.” Of course, we prefer to think of it in more genteel terms, like, say, “economic behaviorism.” We were thrilled to discover that you can actually earn advanced degrees in this discipline, and that it even has a leading academic, Dan Ariely, professor of psychology and behavioral economics at Duke University and a rockstar on the New York Times bestseller list.

Nothing in your product portfolio should be priced without serious thought being given to the various principles of economic behaviorism. Think of it as manipulation if you must, but I prefer to think of it as leveraging natural human tendencies: humans are wired to respond to things in certain ways and we all act accordingly to use that fact to our advantage.  We all share that trait, which you can see even in very young children, and you probably “manipulate” others every day of the week without even knowing it.

The 7 Immutable Laws of Economic Behaviorism

Marketers are always trying to understand humans better in the interest of selling more products. Luckily, academics of all kinds share our desire to know more, so there’s plenty of research to guide us. Here are seven of the hundreds of psychological strategies that we believe are applicable to multiplatform publishing. We don’t always know why, but we do know that they work time and time again.

If you have some favorite economic behaviorisms you leverage in your business, be sure to share them with us in the comments. And let us know how these immutable laws work for you!

You’re probably already aware of this one, if only by virtue of being a consumer yourself. And researchers have been trying to explain it since marketing was a just gleam in a caveman’s eye – all of them coming up with an array of different theories. Just recently I read a traditional one – that consumers see the first digit in $4.99 and are more likely to remember the left one, the 4, than the 9s to the right. I also read about a rather unconventional one that had something to do with the human brain being attracted to circles. It takes all kinds.

Regardless of the reason, it’s been working for decades, and studies prove it. It’s called “charm” pricing, and Priceless, by William Poundstone, analyzed eight different studies on charm pricing and found that indeed, they increased sales by 24% over “rounded up” prices.

Marketers are also fond of pricing things at $4.95 instead of $4.99 and $5.00, with the theory being that consumers might tumble to the trick of $4.99, but are still vulnerable to the psychological appeal of 5 cents instead of 1 cent under $5.00

Then there’s lucky number 7. Don first encountered this idea in Marlene Jensen’s book, Pricing Psychology Report, and has proven its efficacy in his own tests over and over. (We price our own handbooks at $97 for those who don’t want to register with Mequoda and get them free.)

Again, no one is quite sure why using a 7 at the end of a price works, but most folks guess it has something to do with the superstition that 7 is a lucky number. Jensen notes that even prices beginning with 7 work for her and her clients.

Many publishers offer bundles of products, and we’re strong believers in it, with a twist that I’ll get into next. Test after test shows these deals sell more products, and in high enough volume to generate greater revenues than selling fewer items at higher individual prices.

Decoy pricing is the bundle on steroids, and it’s something that we’ve written about before, with help from Prof. Ariely. Ariely has shown how you can create a perception of increased value by setting up the right contrast.

Here’s how it works. A traditional bundle might look like this: Magazine subscription $20, subscription website $30, bundle of both $45. That $45 price looks like a good deal because it’s $5 less than the regular combined price, right?

Wrong. Our research shows that this pricing drives 70% of buyers to the cheapest price, the magazine only. Only 20% will opt for the bundle, with 10% settling for the middle price.

Instead, Mequoda best practice leverages Ariely’s contrast effect: We set the prices at $20, $30 and $35. Now that highest price seems incredibly valuable because it’s just $5 more than the middle price, and $15 less than the normal combined prices.

All humans associate higher prices with better quality. Never, ever underprice your subscriptions (though we concede that most publishers with low rate base pricing aren’t likely to change their minds soon), books, DVDs or events.

The theory behind this is that buyers won’t investigate whether the price accurately conveys its value; humans tend to assume that higher price equals higher quality. If you’re in a crowded niche, this could be a way to get yourself noticed. Your gardening magazine, for example, with a $19.99 subscription price could be perceived as more authoritative than the $9.99 subscription of your competitor.

Prof. Ariely outlines this theory at length in his bestseller, Predictably Irrational. It starts with the commonly known story of goslings, who, when hatched, latch on faithfully to the first moving thing they see, convinced it is their mother.

Ariely’s extensive experiments prove that humans are very much the same with prices. Once an “anchor” price is established in a person’s mind, that person is likely to accept prices in that same range for a variety of products. If the price is low, you’ll have a hard time convincing that buyer to go for a high-priced item, while high anchor prices tend to cause buyers to accept prices they might otherwise dismiss as too expensive.

What does this mean for you? Try putting your highest-priced product at the top of your store or offer. Not only can it help establish the value of your products, as in Immutable law #4, it can also establish that anchor price in the customer’s mind.

Most of us have been taught to limit choices in offers to avoid decision paralysis. At the same time, there’s another end to this stick that’s less well known. A study at Yale showed that if two similar items are priced exactly the same, consumers are much less likely to buy something than if the prices are even slightly different.

In one experiment, users were offered two different packs of gum. When the packs were priced identically, only 46 percent decided to buy gum. But another group of users was offered packs for either 62 cents or 64 cents – and more than 77 percent of the consumers decided to buy.

If you have more than one magazine subscription, or multiple books, reports or DVDs, consider pricing them slightly different, even if they cost you the same in time and resources, and are the same length.

While this is based on a study of restaurant diners, it could easily be tested in our industry. A study from Cornell University showed that guests given menus with numbers only, minus dollar signs, spent significantly more than those who received a menu with prices showing a dollar sign or those whose menus had prices written out in words.

The theory is buyers won’t associate the numbers with money, and will be less likely to add up purchases as they go. Test this in your store!

Clearly, the art of pricing is as much about psychology as it is about economics. And I’ll close here with the perfect example of one of the immutable laws, #4. So many publishers who jump into the gadget app game sell these apps for $1.99 or so – and doesn’t that price make the app seem rather unimpressive, even before you’ve checked it out?

Prof. Ariely himself has launched an app called Pocket Ariely, to help the user make everyday decisions. For this app, Ariely, being who he is, charges the seemingly enormous sum of $5! Admit it, you’re curious about the quality and value of this app now that you’ve seen the price.

Many of you are about to click the link, I’m sure – and you’ll be happy to know that if you buy, all profits from the app go toward the research conducted at his lab, the Center for Advanced Hindsight. You’ll be funding the very research that can help you price your products in entirely new ways!