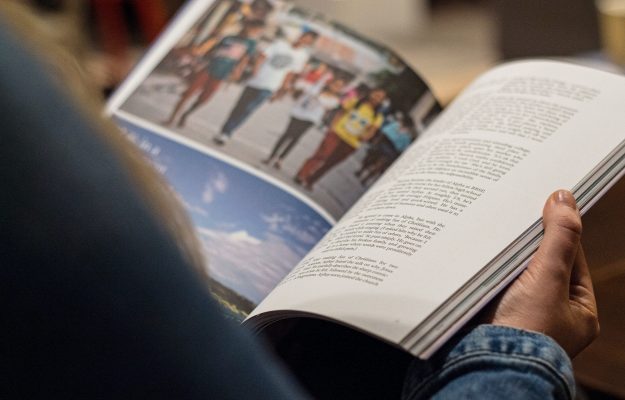 Digital-only magazines have had their ups, downs, and (in some cases) its “in-betweens.” While some digital magazines have remained powerful and influential after going digital, others have since been discontinued. And some of them end up seeing the light of print again after they go digital for while.

Publishers have their reasons for adopting digital-only magazines–from a decline in circulation to a loss in ad pages. Right now, with the world the way it is, we may see even more publications going the digital route in order to save money, but the real question will be whether they can adopt a subscription website business model that actually increases revenue, or even keeps them afloat. One of the publishers below was very clear about why they went digital: print advertising went from 95% to 5% of their revenue. All of their ad revenue moved online. Why? Because advertisers want online advertising analytics.

Today we’ll review some publishers who have turned to digital-only magazines. When we first wrote about these publishers a few years ago, their digital magazines were mostly tablet apps, so this update is meant to dive in on how much further they’ve gone.

What we’ve learned from the analysis of these magazines that spans three years, is that when you switch to a digital-only platform and still rely on ads as your primary source of revenue, it’s not enough. Adopting a web magazine subscription model, where you digitize your archives, curate the digitized content and sell it as a premium product, is how we’ve been helping our publishing partners—and it works. Once the library is up and ready, the sky is the limit on profits, though for some of the cases below, they may have gotten in too deep.

Newsweek Goes Digital-Only, then Print, then Both 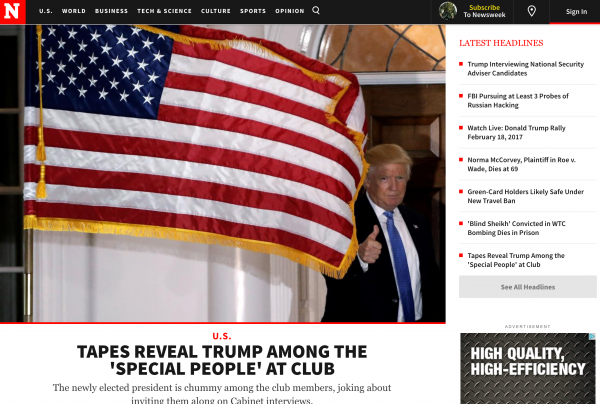 In 2012, close to 80 years after the release of its first issue, Newsweek’s new publishers (IBT Media) stated that they would make the magazine all-digital, foregoing any further printed editions. At the time, subscribers reduced by 50%, going from 3 million to 1.5 million readers. At the time, circulation and profits were diminishing.

As a result, the creation of the Newsweek app saw a bump in ad pages by 13.3% and they developed a relationship with The Daily Beast (where content from Newsweek is available). In addition, Newsweek became the first current events magazine to go digital-only.

By 2014 (months after its announcement to go all digital), print editions of Newsweek were resurrected from their all-digital coma. When the business owners found that they could gain revenue that wasn’t dependent on ad pages, they decided to put it back into circulation by raising the cost of the subscription instead. 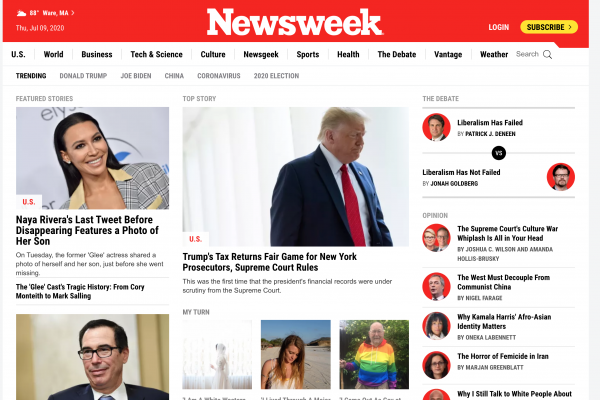 Now in 2020, Newsweek has both a digital and print+digital bundle. They emphasize the digital bundle on their subscribe page, offering a 30-day ad-free trial, then $49 per year, or $4.99 per month (double those numbers for the bundle). Otherwise, visitors face the typical metered paywall you see on news sites, with six free articles and an additional five if you sign up for their email list. There is no indication of an archive or a separate magazine portal where a person might be able to read articles more like an issue. Although it’s no longer considered one of the most popular digital-only magazines, it’s still legendary in the industry. 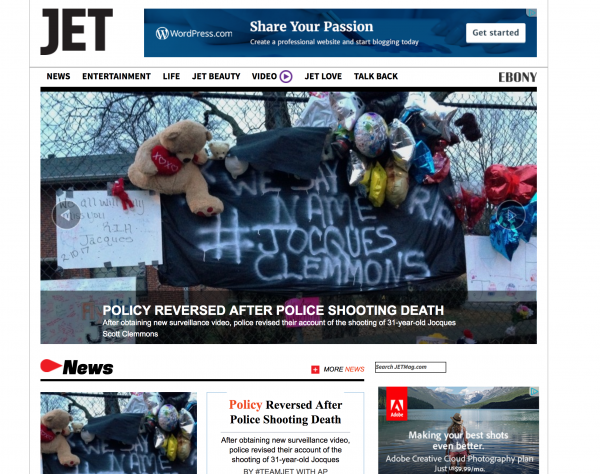 One of the most popular magazines to date, Jet has been a huge influence since its genesis in 1951 covering news, culture, and entertainment within the African–American community. With its immense popularity, Jet has since made an indelible mark in the industry.

In 2014, Jet joined the ranks amongst the digital-only magazines. Its publishers, Johnson Publishing, stated that it would live true to the vision (which the title also represents). The original concept was to provide the news at a fast pace. With Jet going digital, it stayed true to its core delivering stories for people on the go–accessed on an iPad, tablet, smartphone, or other devices that can carry the app.

Although the transition to digital-only stemmed from a drop in ad pages, there were no indications made by the publishers that they would lay off any employees. There were discussions of shifting positions and hiring new people at the time. In February 2017, Jet’s CEO said they may return to print. Cheryl Mayberry McKissack said they would be producing more digital website content, but that they were “considering repositioning Jet for millennials with a focus on entertainment and having limited newsstand publication.”

Fast forward to 2020 and Jet has now closed after the company fired its staff with little to no notice, only a few months after filing bankruptcy. At the time, it was said that their sister publication Ebony would close too, however they are still actively publishing digitally.

We’ve been watching these publications closely and rooting for them. It seems they haven’t been able to move past the traditional ad model, and we believe Ebony could try metered paywalls or a magazine subscription website that could offer subscribers back issues and curated collections. Jet was certainly an unfortunate loss for the magazine industry and for their loyal readers, and we’re eager to see how Ebony grows in the coming years. Currently, they have EbonyLive, which is a video portal that also generates ad revenue, but their flipbook-style magazine hasn’t been updated since 2019.

GOOD Magazine Transforms into More than a Magazine

GOOD magazine is another example of going from print to digital and back to print. They were founded in 2006, and after becoming a digital-only magazine for about a year in 2013, they came back as a quarterly in spring 2015, “for globally minded individuals who want to be part of pushing the world forward.” They actually donated all of their profits to charities. 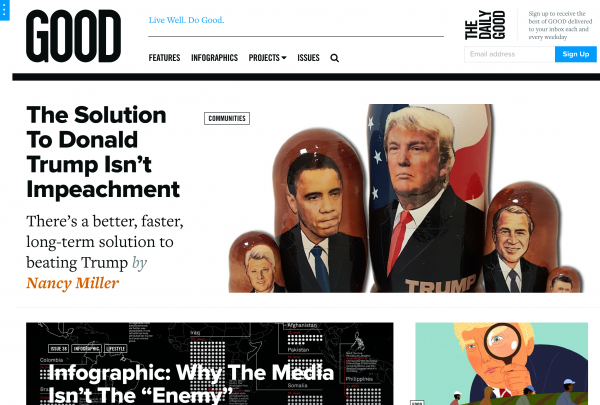 “People still love print, but they’re expecting different perspectives than they have in the past. Today, our readers are seeking a magazine that is thought-provoking, intellectually satisfying, and something beautiful that they’ll want to hold onto and make a part of their lives,” said Casey Caplowe, Co-Founder of GOOD. “With that in mind, we set out to create a periodical that was more than just a quick skim; one that digs deeper into provocative issues, offers new ideas, and poses questions intended to inspire our readers.” 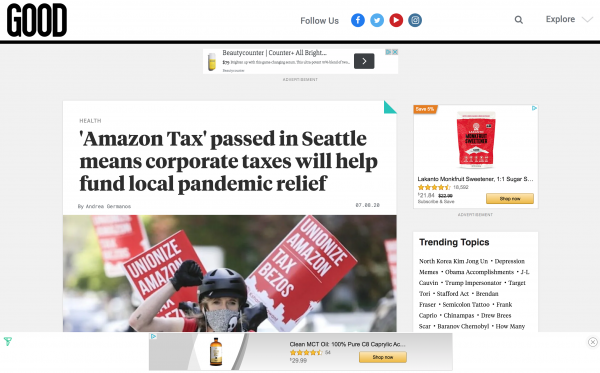 Let’s flash-forward to 2020 and take a look. Although GOOD magazine got awards up through 2017, if it exists, they certainly aren’t promoting it anymore. Good Inc. which also owns Upworthy, had some financial issues back in 2018 where they laid off a ton of employees and the CEO resigned. Ultimately, this looks like another case of a magazine relying too heavily on ad revenue without the cushion of subscriptions—and there are a lot of ads on their website, Good.is. Fortunately for them, they own more than just the magazine.

InformationWeek, in the same vein, went digital in 2013 after 1,300 print issues, calling their 28-year run “terrifically turbulent.” The reason for this transition, according to the publisher, is that in 2000, 95% of their revenue came from print ads. In 2013 when they closed up their print shop, it was just 5%. Instead, the ad dollars had shifted to Informationweek.com where they post a few dozen pieces of new content every day. 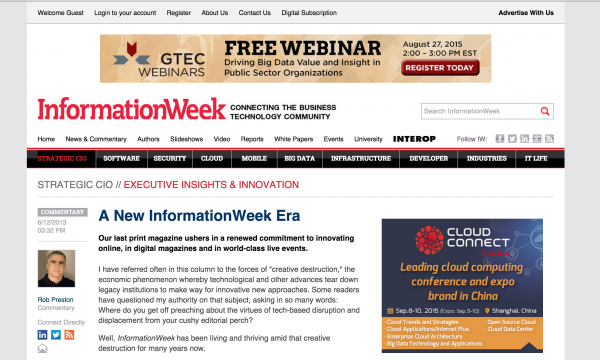 In addition to the print ad decline, what else caused them to go all-digital? It wasn’t mobile, search, or interactivity. They came right out and said it: analytics. Advertisers want analytics. VP & Editor in Chief Rob Preston of InformationWeek said, “Advertisers today want to measure everything — ad click-throughs, downloads, reader time on site/story, etc. — and print magazines simply can’t deliver those metrics.” 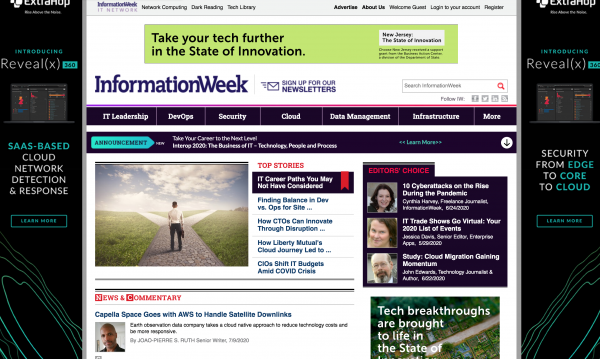 InformationWeek is still going strong in the digital-only magazine space, without an actual magazine. They are still publishing reports, which is the leg up they have on most of the publishers above, and sell advertising in those, and in their webinars, through native content, newsletters and other types of ads. Again, the trend of ad-focused remains for this publisher, like many above.

You might think that a free publication who has never relied on subscriptions wouldn’t have a reason to build a subscription product to increase revenue, but in our next example of Computerworld, you’ll see how that business model can work and supplement ad revenue.

Computerworld Going Even Stronger in Digital

Computerworld made major headlines when it went digital. “After 47 years in print, Computerworld finally goes digital-only.” Finally, they said. In June 2014 they printed their last issue. D.B. Herbert wrote up a great piece on this transition for Computerworld worth reading. 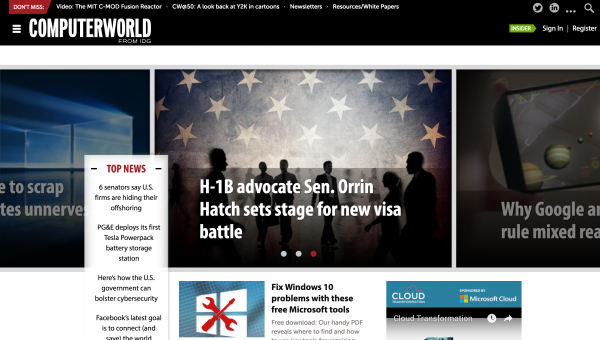 ‘We are merely taking part in the natural evolution of the media industry, like so many great publications before us. Trains, after all, were once powered by coal and steam; Computerworld is moving from paper to electrons,” said editor-in-chief, Scot Finnie.

In terms of their team, resources simply shifted to digital. They didn’t go on any hiring or firing sprees, simply focused the publishing medium to the web. At the same time, they relaunched Computerworld.com to be mobile-friendly and easily read on tablet devices. Through email, the digital edition was sent and could be opened and read on digital devices, as well. 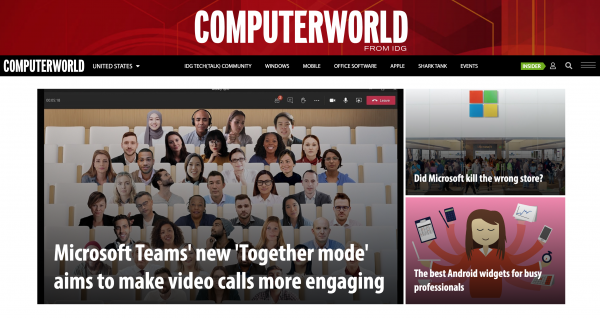 Focusing their resources in the digital space seems to be a good look for Computerworld, and they now have IDG Insider Pro, which is an ad-free experience that offers members access to in-depth research, enterprise product reviews, tutorials, policy guides, hands-on advice and exclusive feature articles. Their library features original research reports from IDG and its affiliates as well as a library full of historical data. Similar to the Special Collections that we recommend publishers offer in their libraries, this all-access pass offers collections that have been curated by editors and include award-winning coverage from CIO.com, Computerworld, CSO Online, Network World and Infoworld. The cost to subscribe is $249 for a year or $12 for 12 weeks.

This is a bit of a return to Computerworld’s roots—they were a paid weekly from their inception into the mid-1990s when pressure to reach a larger audience from all of its weekly controlled circ competitors caused them to shift gears, dropping their paid circulation business model. It is interesting to note that for most of Computerworld’s lifetime, paid subscriptions were no more than 5 to 10% of total revenues at the newsweekly that was considered the bible of the computer industry for decades.

The bounces back and forth between digital and print show us that readers want both platforms, that advertisers value digital metrics, and that a digital presence has the opportunity to revive a print magazine in the short term. However, we’re also seeing that holding on tightly to the ad revenue model instead of considering a web magazine subscription website model, is risky.

What pubs do you know that have ditched print and are now digital-only magazines? Share your favorites with us in the comments!

This article was originally published in 2017 and has been updated.