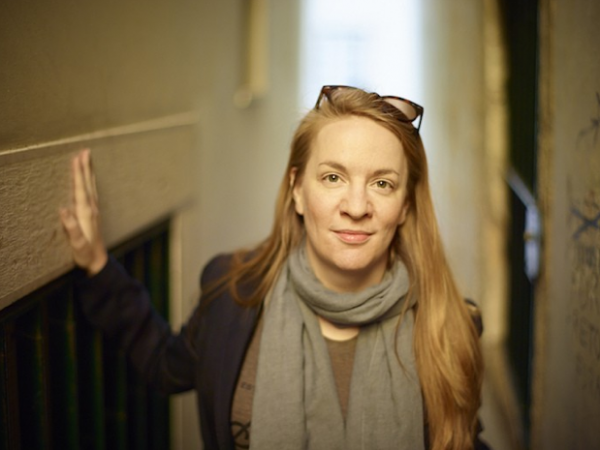 As a leading contributor to the New York Times “Innovation Report” that was leaked back in May of 2014, Amy O’Leary worked at the fulcrum of a push forward in audience development strategies.

The veteran editor ushered in a new era of digital publishing at the Times, and now she’s taking her knowledge, talents, and sense of experimentation to Upworthy, where as editorial director she’ll help shape audience development strategies and potentially a new wave of original content, according to the Nieman Lab.

The following are excerpts of O’Leary’s responses to questions from Nieman Lab Staff Writer Caroline O’Donovan.

On her career and digital publishing staffing philosophy:

“I started moving into doing more project management of interdisciplinary multimedia work — things that incorporated video and interactivity, working with the multimedia team and some of our awesome developers and designers. That’s how I got more broadly involved in digital storytelling, and then pretty quickly was asked to be a digital editor for the website for four of the news desks.

“That was much more into the mainstream in terms of thinking about how do we bring The New York Times into a more digital place. I think I’ve said this in a bunch of places, but I had a different job every year I’ve worked here, which fits with my philosophy. I really think if you’re working on digital change in media, you should have an expiration date to your job. Whatever you’re working on, you should be able to complete and help leave behind a newsroom that’s better equipped to handle its digital work. I was really happy to be like: That job is done with, now we can move on to another project-based challenge.

“I think that if you’re working on digital change you need a combination of both deep specialists — people who understand, let’s say, analytics or audience development — and you need people who are good generalists and translators, the kind of people who can swim between different parts of the newsroom and communicate what’s happening as all this change is manifesting. That’s probably one of the most helpful roles I’ve been able to play at the Times, to serve as a communicator and translator between groups.”

“In that, there were two arguments I was making. One was that we had to think about the promotion and distribution of our stories, and two, that we had to do storytelling in an integrated way. The way I talked about it there was: We have to close the exits on our stories. In a post Snow Fall world, that seems obvious, but in 2012, people were still creating — at the Times and at many other places — print articles that then would have a link to some interactive somewhere else. The idea to have a single integrated story using multiple formats was something most people had not yet considered. Having the freedom to talk about those ideas out in public space was really liberating.

“I think if you look at the Times’ focus on audience development — audience development is another word for promotion and distribution. We’ve certainly matured in our understanding of all the levers and tools you can use to do that with. But I think now most of the media industry understands that you can’t be content just to make a great story, you also have to aid that story’s ability to travel in digital space. Those were ideas I got to first toy around with while I was speaking.

“No one has really figured out the secret to mastering what it means to be a media organization in the digital age. So the critical thing is that places like The New York Times dive head first into a strong culture of experimentation. And by that I don’t mean throwing everything to the wall and seeing what sticks. I mean rigorous, studied experimentation, where new ideas are tried with excitement and with ease and are studied to learn what works and what doesn’t. I mean that taking risks and trying new things are celebrated even when they may seem, at the outset, like a failure. And that the definition of success for a new idea should be whether or not we learned anything from it, not whether or not it became the future of media.”

What audience development strategies can you share with us in the comments?